On the corner of Mount Street and Carpenter Street, Scottish wunderkind Christopher Kane has his flagship boutique. Two years after winning the British Fashion Award for Designer of the Year, and announcing that Kering (the group behind Gucci, Saint Laurent, and Alexander McQueen) would be investing in the brand, the luxury brand unveiled its first ever store in 2015. As the hometown of the designer label, Christopher Kane, along with his sister and Deputy Creative Director Tammy, decided that London was the obvious choice of location to present their full creative vision.

Womenswear is presented on the first floor, including shoes and handbags which sit on fluorescent Perspex presentation shelves, an ode to the neon colours loved by the designer. Menswear can be found downstairs at the 4,100 square-feet boutique.

The rise of Christopher Kane is a story most fashion students can only dream of. Launching almost immediately after his award-winning Central Saint Martins MA collection in 2005, and attracting immediate attention from press and buyers. Their catwalk show has become a major highlight on the London Fashion Week schedule each season. He has also built a celebrity following including Salma Hayek, Yasmin Le Bon and Laura Carmichael, who turned up to the store launch to offer their congratulations.

Since its opening, the Mount Street boutique has hosted not only the four yearly collections, but a number of private and public events. These have included pre-season fashion shows, holiday parties and life-drawing classes with Christopher’s former university tutor. 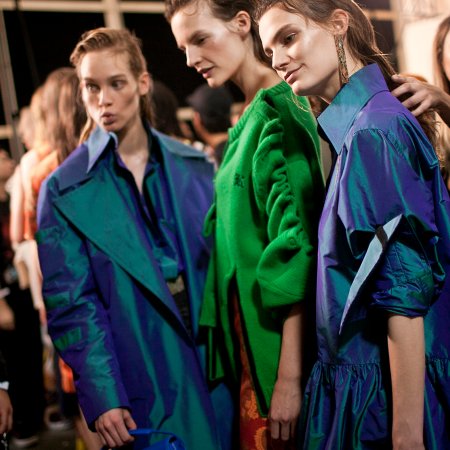 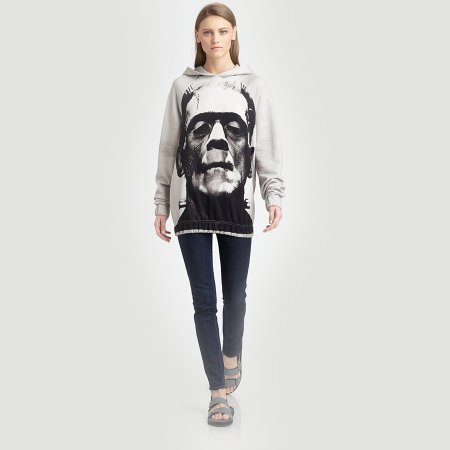 The space is an exercise in ‘less is more’ and was designed by minimalist architect John Pawson, the man behind London’s new Design Museum. Clean, off-white walls are brightly lit by two sides of windows, and floor-to-ceiling, polished stainless steel mirrors give a deeper perspective of space. In the stairwell, a tubular chandelier hangs from the ceiling down to a mirrored table at the bottom, a feature which Pawson playfully describes as ‘the lightsaber’.

See more boutiques on Mount Street to find out what makes this area Bond Street’s lesser-known little brother. A shopping destination for those in the know, you won’t want to miss the opportunity to shop at some of the only UK stores for these designers, or even uncover a beautiful brand you never knew existed…