Matilda holds the record for the most Olivier Awards won by a West End musical: seven in total. Adapted from Roald Dahl’s much-loved novel, it follows a prodigiously intelligent young girl stuck in a beastly school when she discovers supernatural abilities. Produced by the Royal Shakespeare Company, the musical features a superb score by the Australian comedian Tim Minchin, renowned for the wit and agility of his lyrics, while playwright Dennis Kelly’s book catches the grotesque comedy of Dahl’s world.

Matilda opens with a chorus of irritating children, each told they’re a ‘Miracle’ by fawning, doe-eyed parents. For Matilda Wormwood, nothing could be further from the truth. Her ballroom dancing-obsessed mother barely notices her, while her gobby, car salesman father belittles her. They’d rather watch a ton of television, while five-year-old Matilda hoovers up books from the local library.

When she finally starts school at Crunchem Hall, Matilda finds the pupils terrified of their headmistress, Miss Trunchbull. Played by a male actor, with broad shoulders and shrill falsetto, she’s one of the most delicious characters on the London stage: a sadistic disciplinarian who takes great pleasure in devising appropriate punishments for pupils. Greedy Bruce Bogtrotter, for instance, is forced to eat an entire chocolate cake for stealing a single slice. Matilda takes an instant dislike to her – and Miss Trunchbull feels exactly the same way.

Her class teacher Miss Honey is the very opposite: gentle, kind and keen to help Matilda learn. She’s browbeaten by her boss too, but during one punishment session, Matilda discovers her special powers: too much brain power means she can move objects with her mind. Realising the possibilities, Matilda vows to train her brain to focus her telekineses and overthrow Miss Trunchbull – but doing so means finding her weak spot.

Matilda is crowned with a stunning score – one of the best of recent years. Several of Tim Minchin’s songs stick in the memory long after the show, especially the melancholic curtain raiser at the start of Act Two, ‘When I Grow Up,’ a song about longing for the independence of adulthood. Despite that, Matilda is really a hymn to childhood and its own particular freedoms, insisting that imagination and mischief are key. As Matilda sings, “Sometimes you have to be a little bit naughty.” 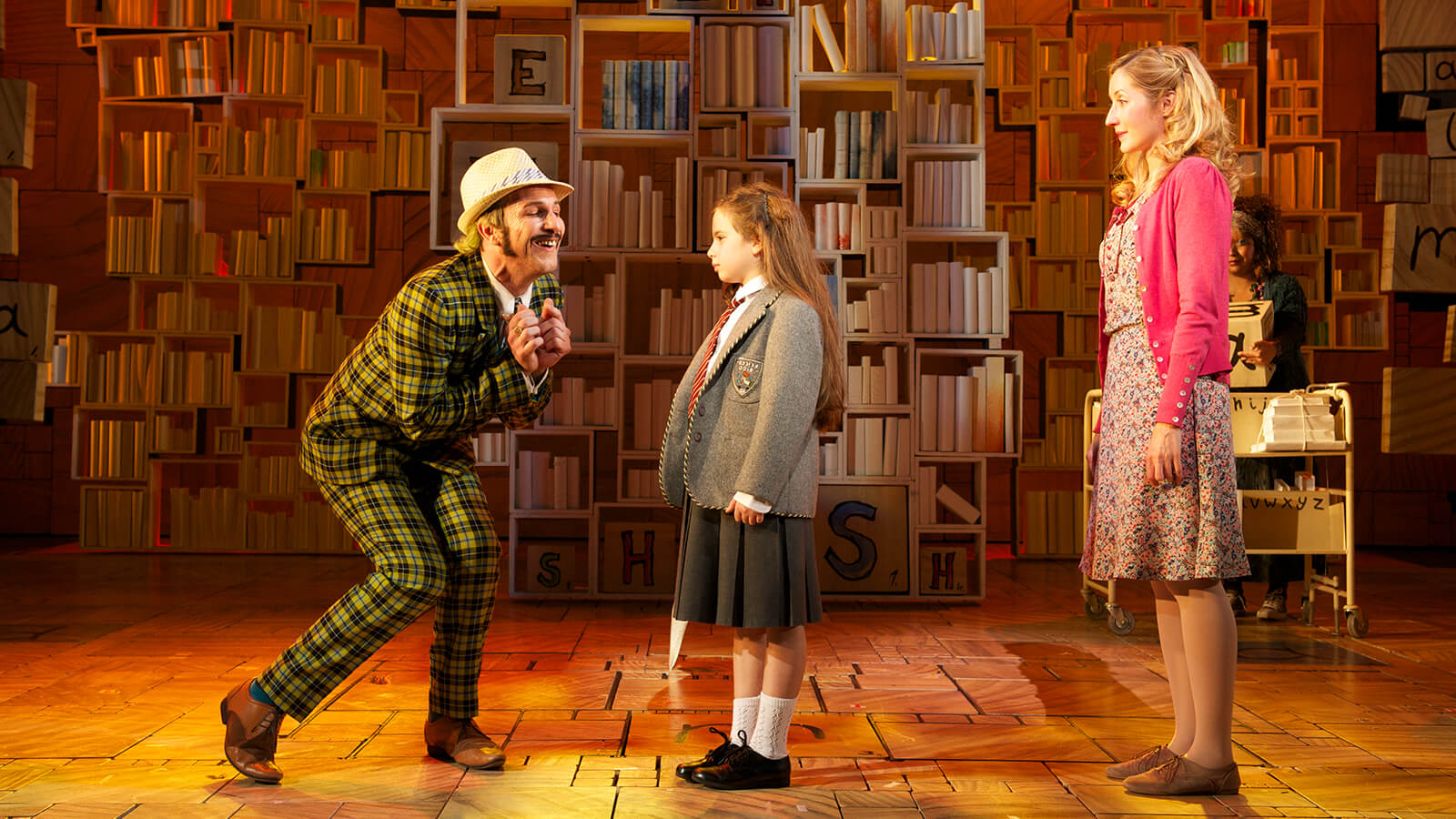 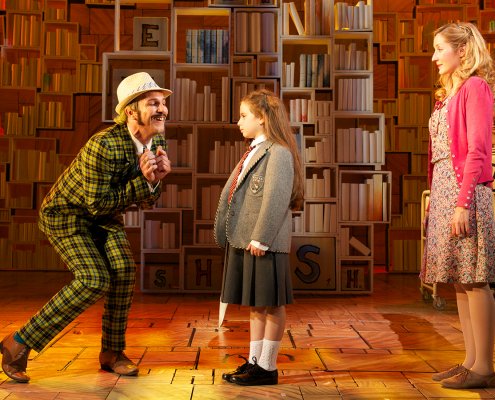 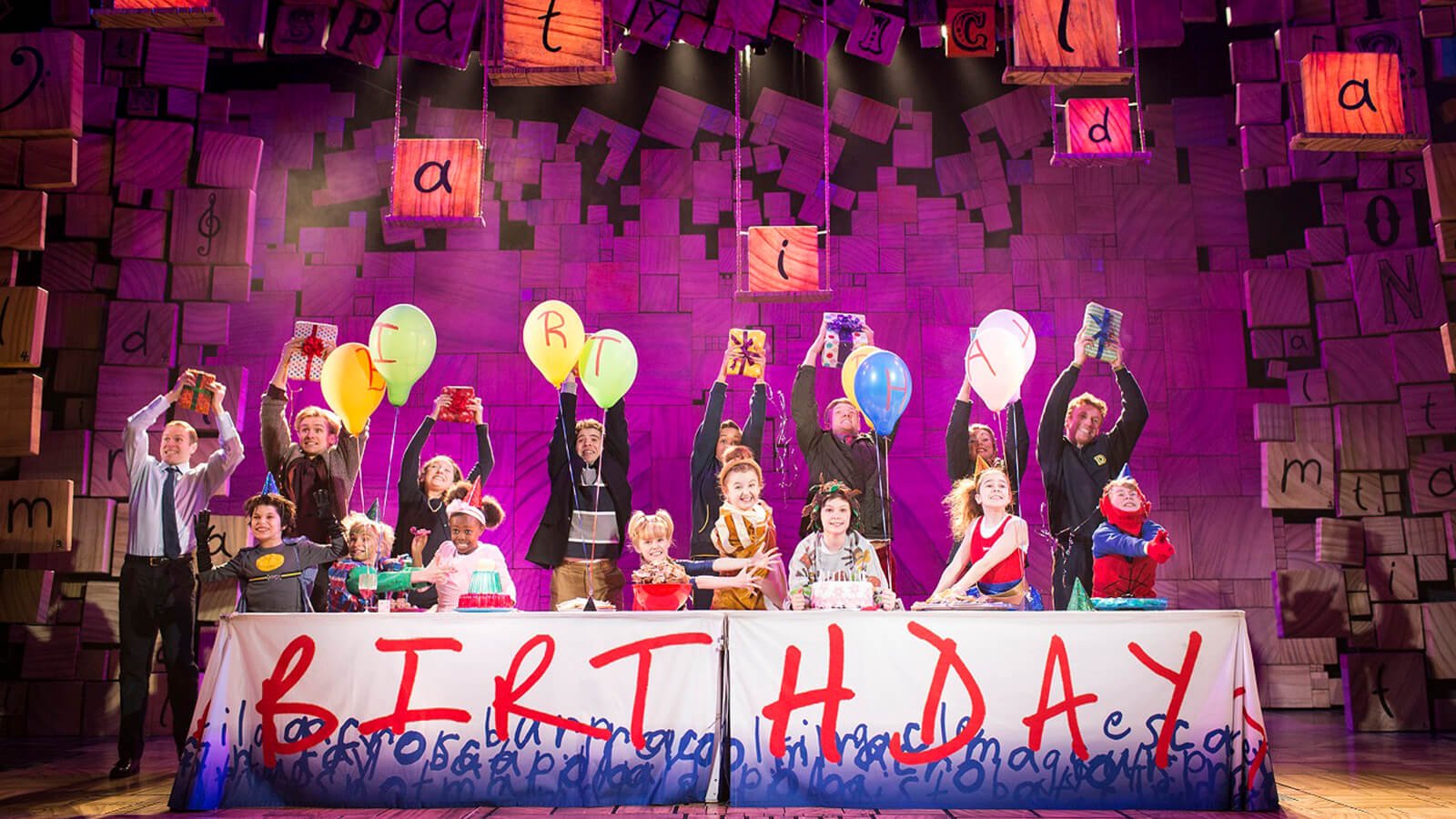 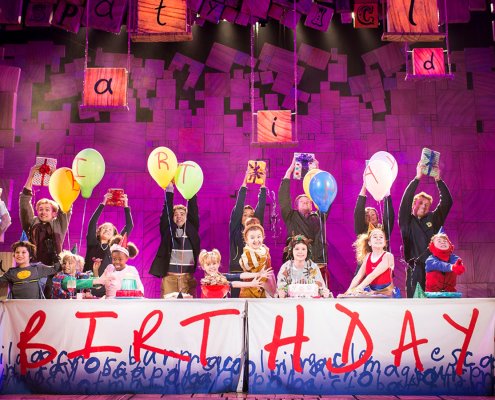 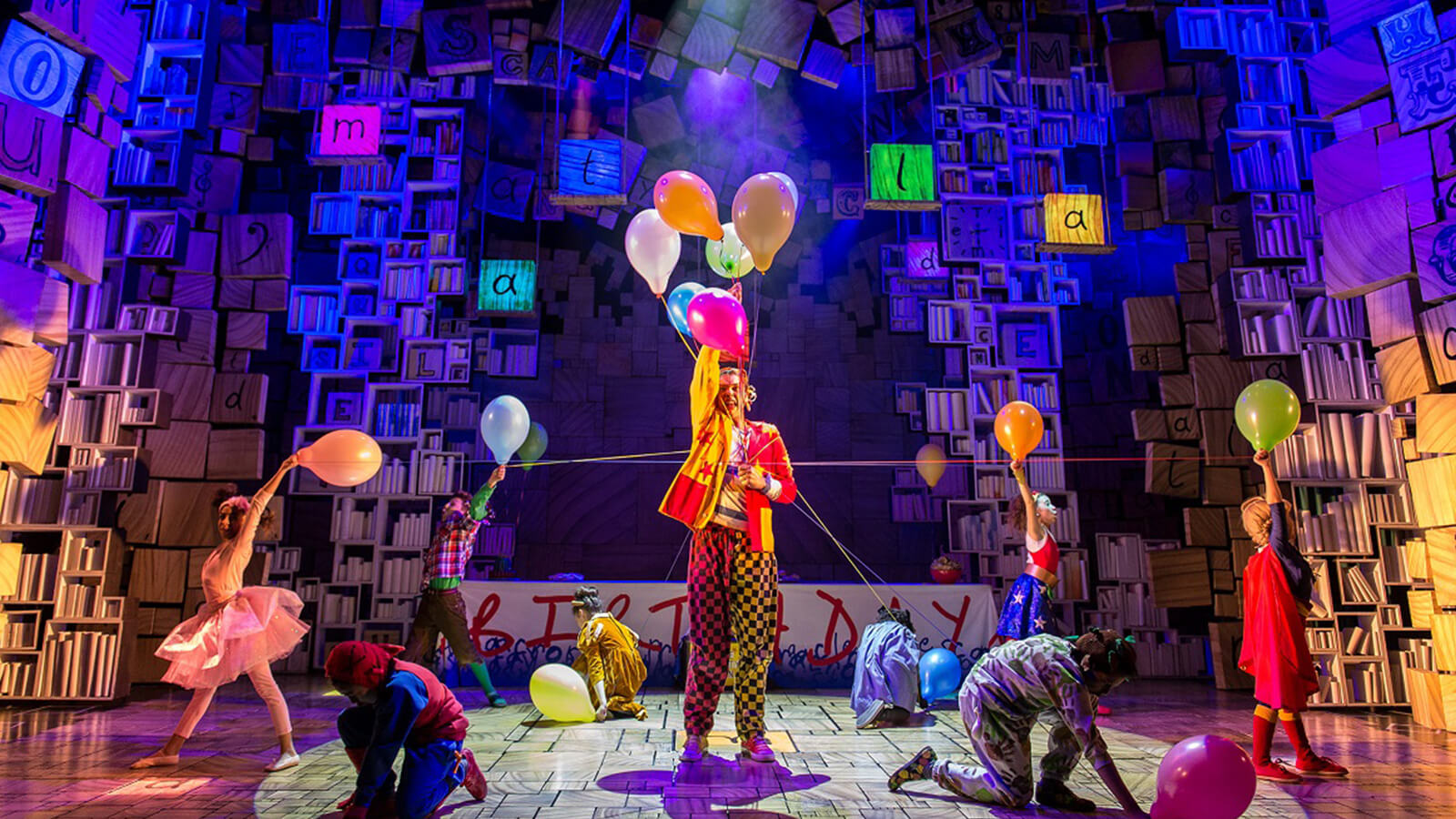 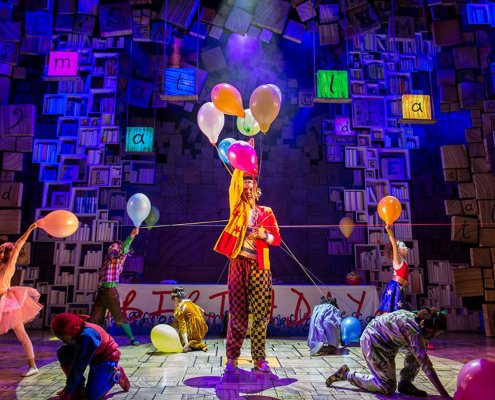 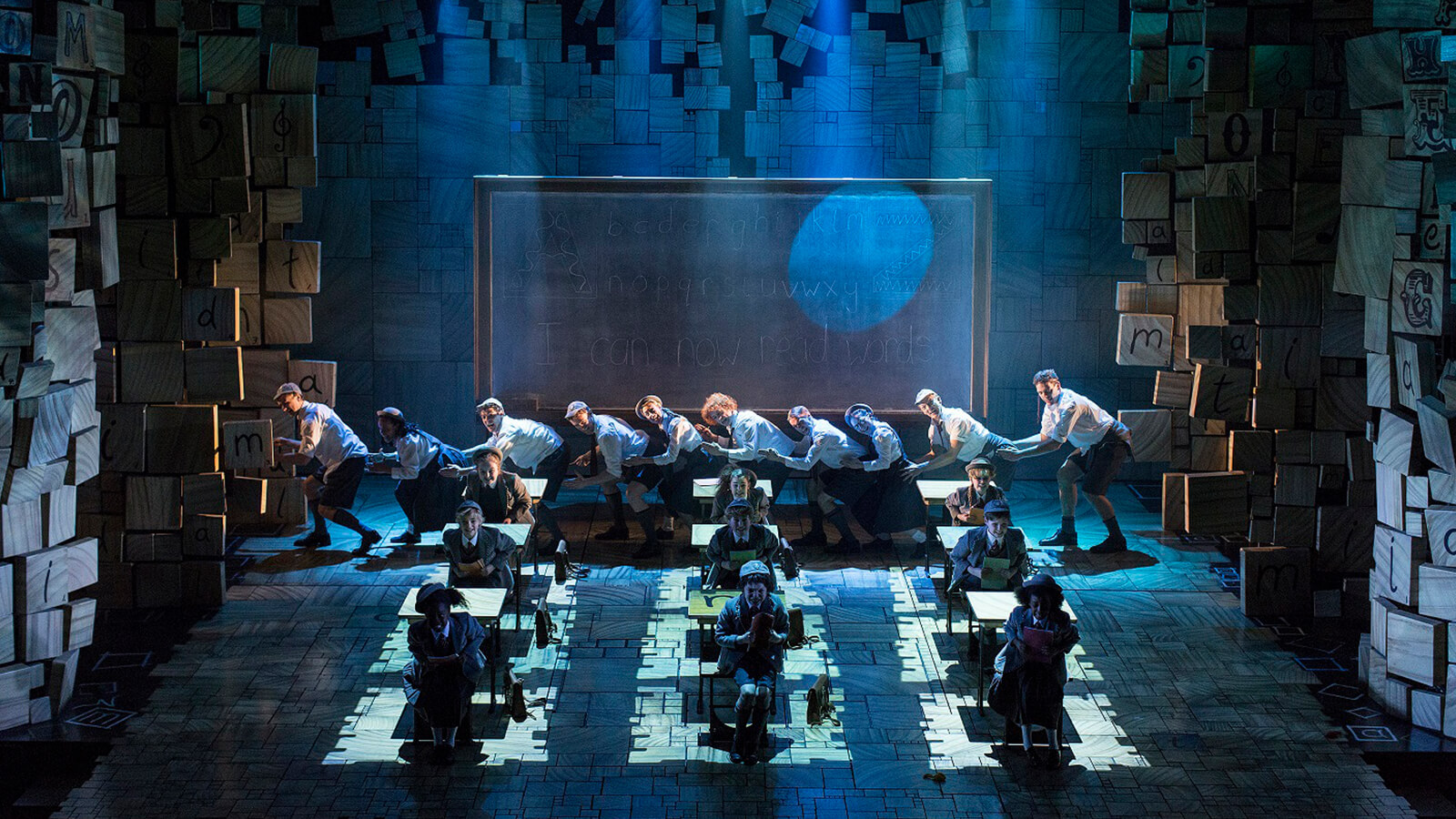 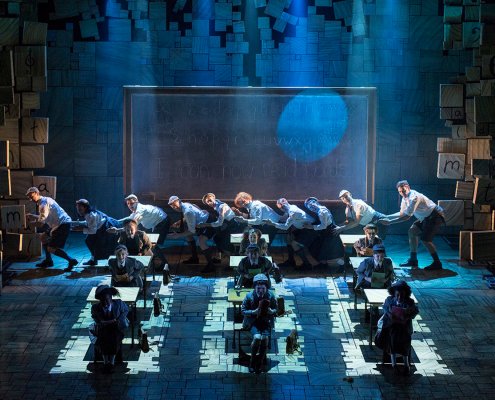 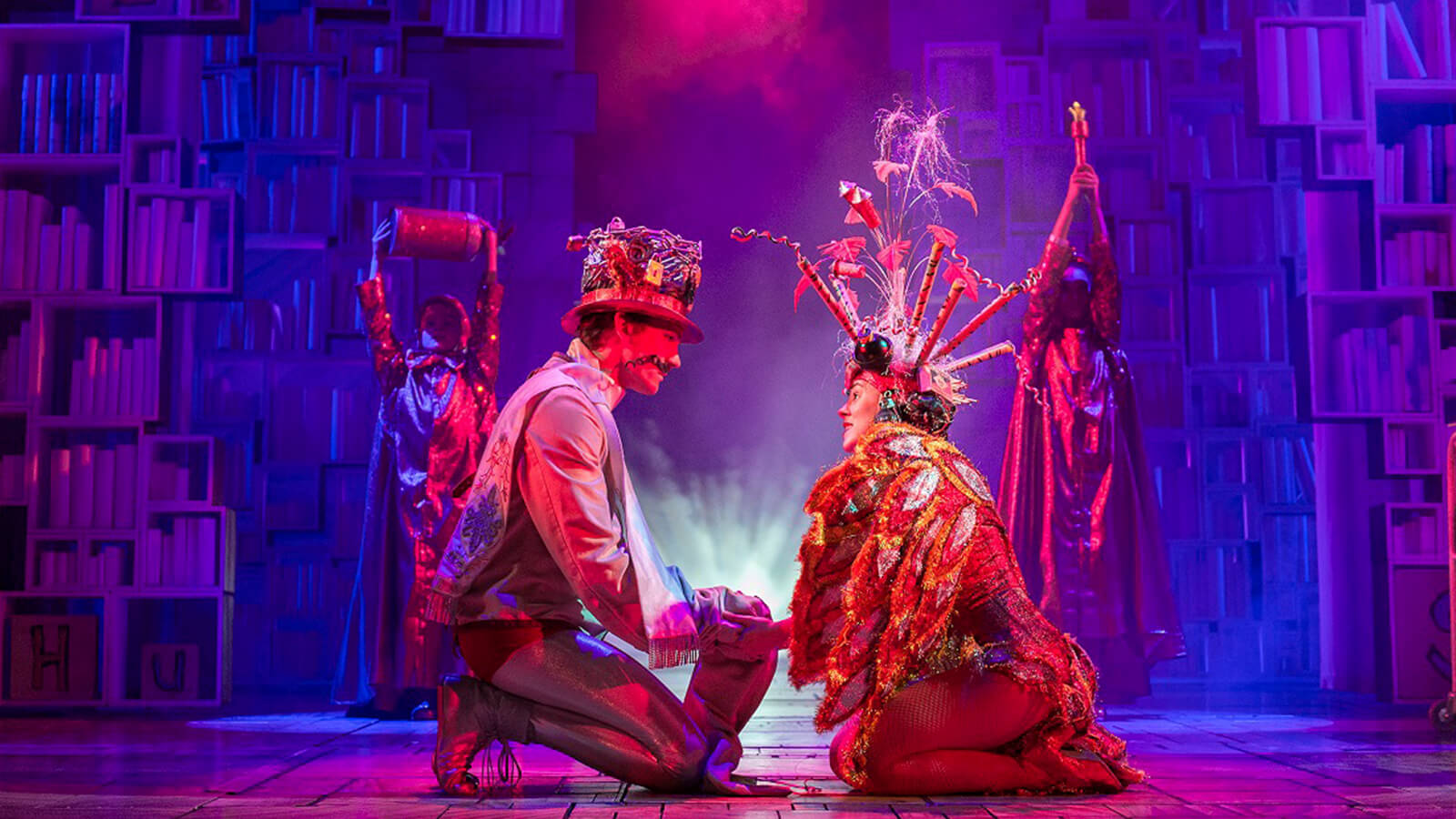 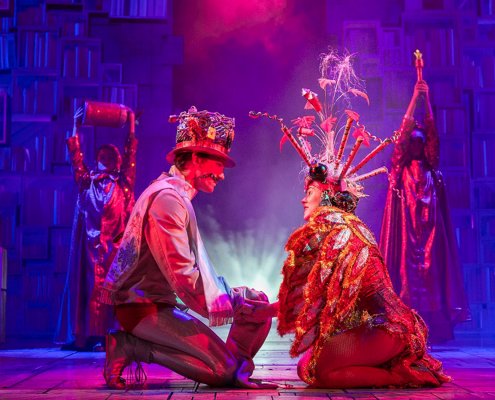 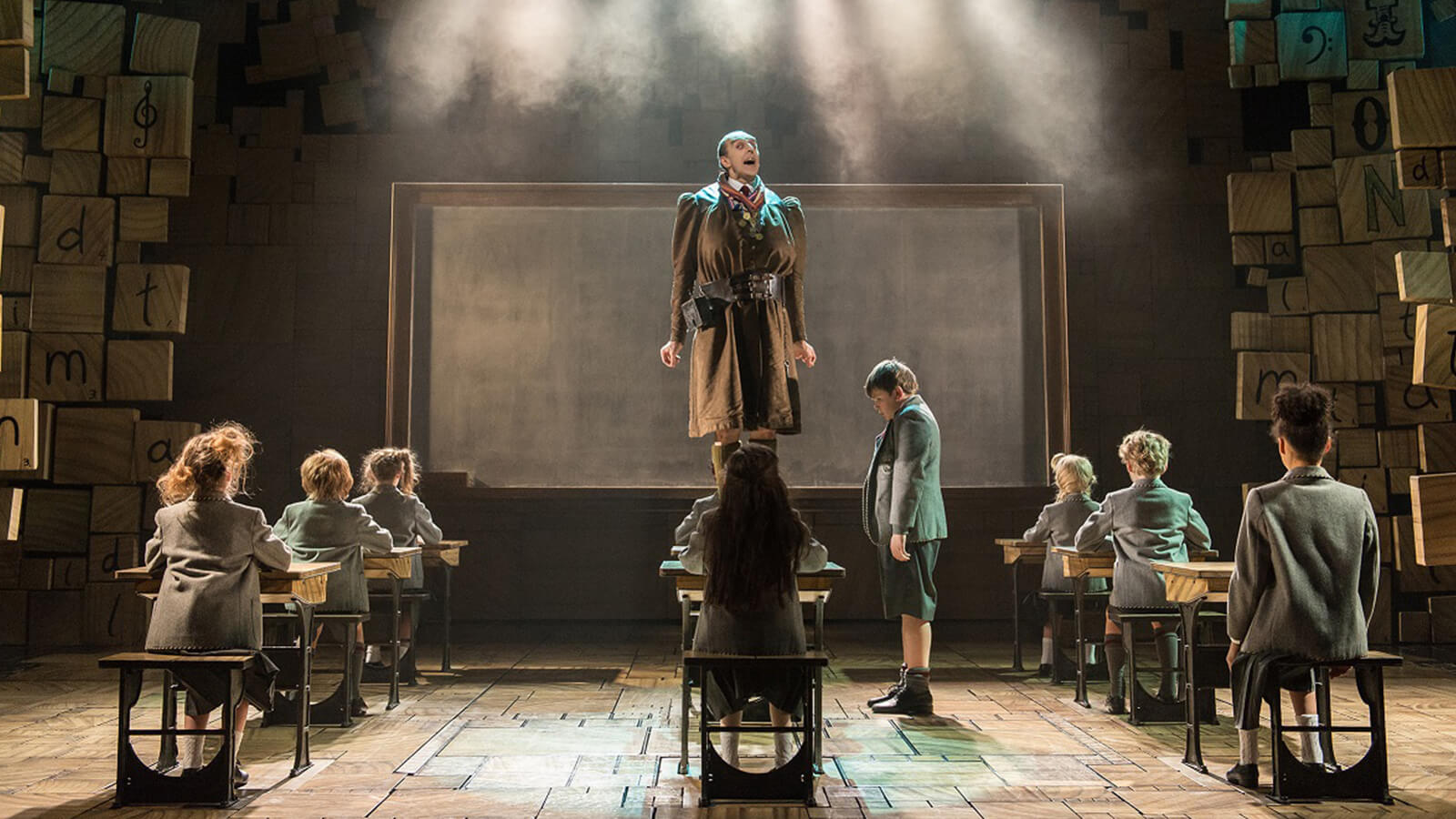 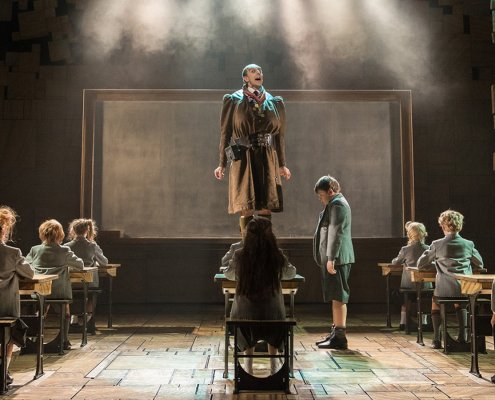 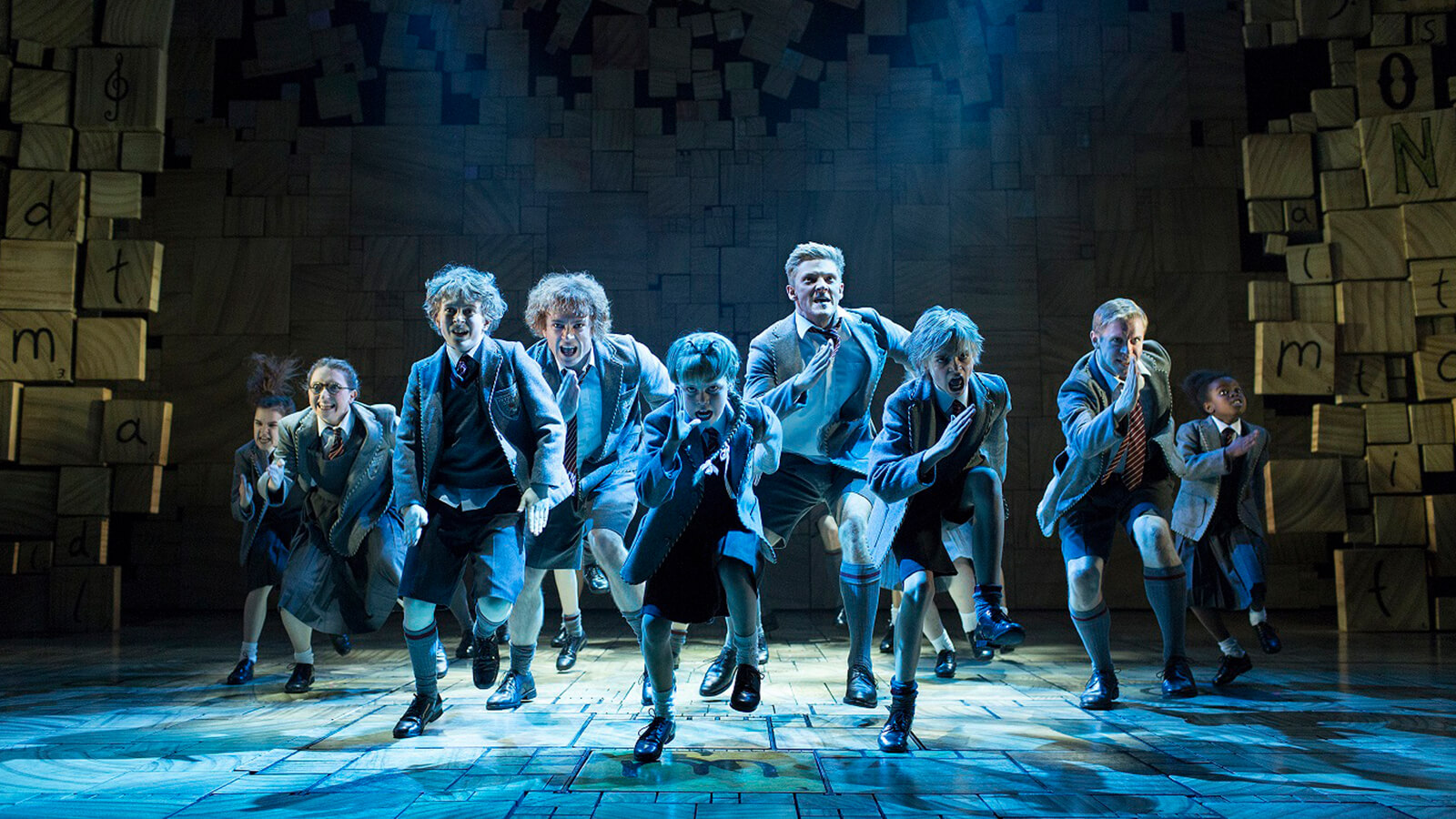 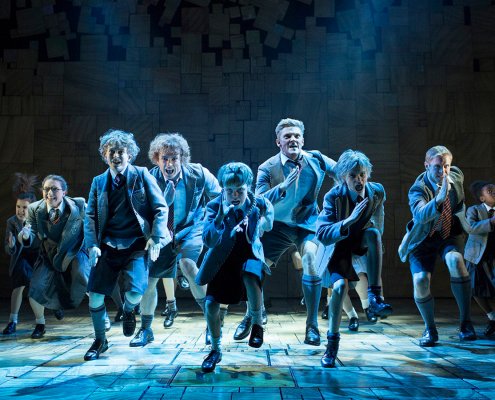 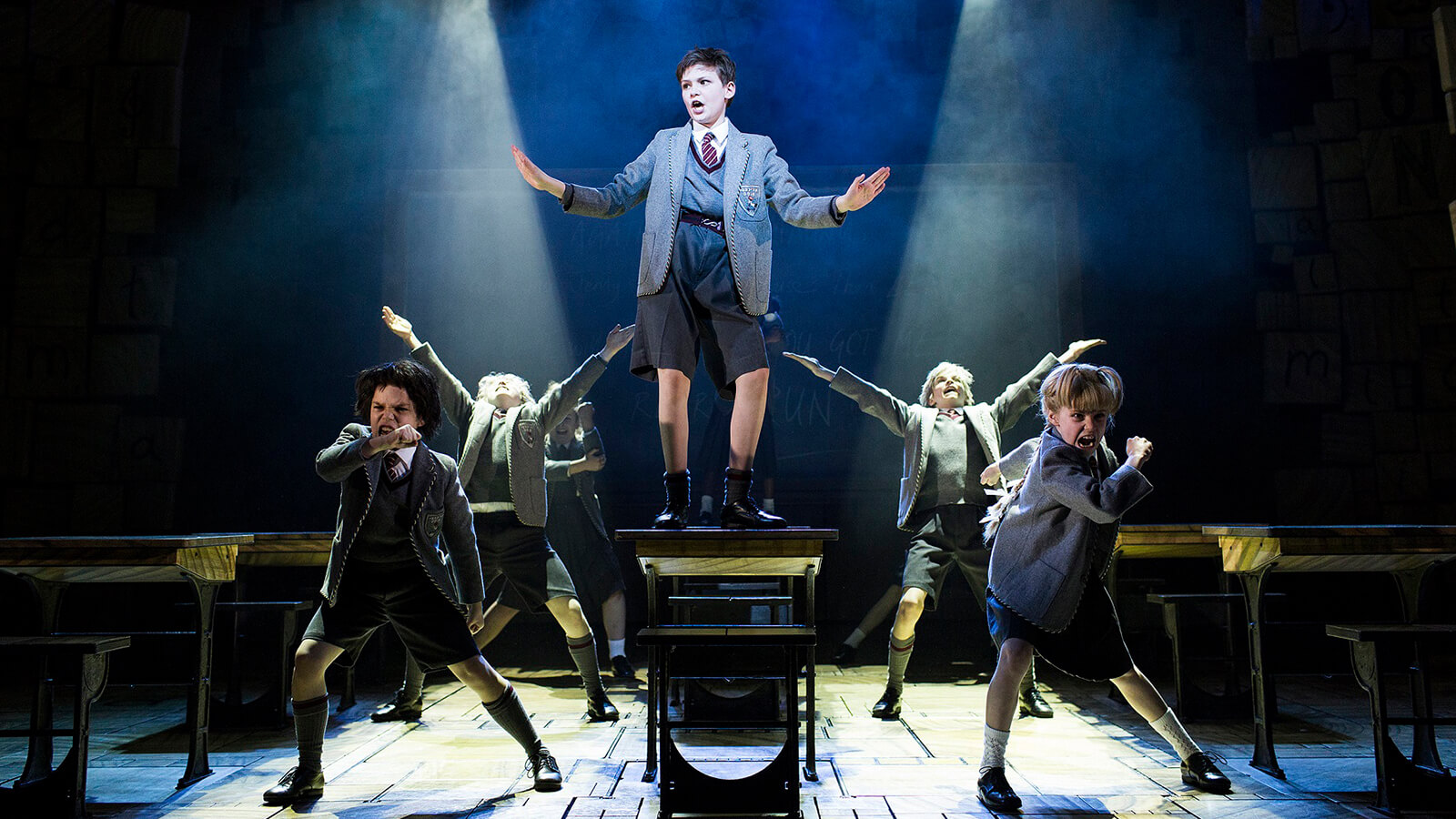 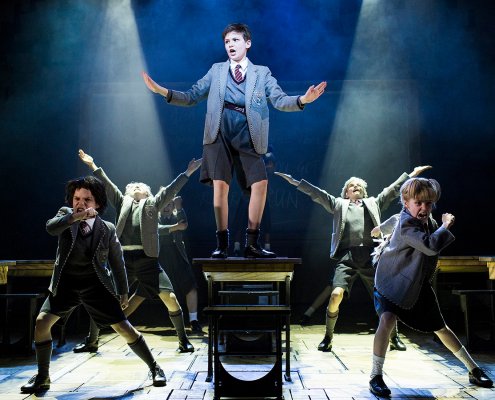 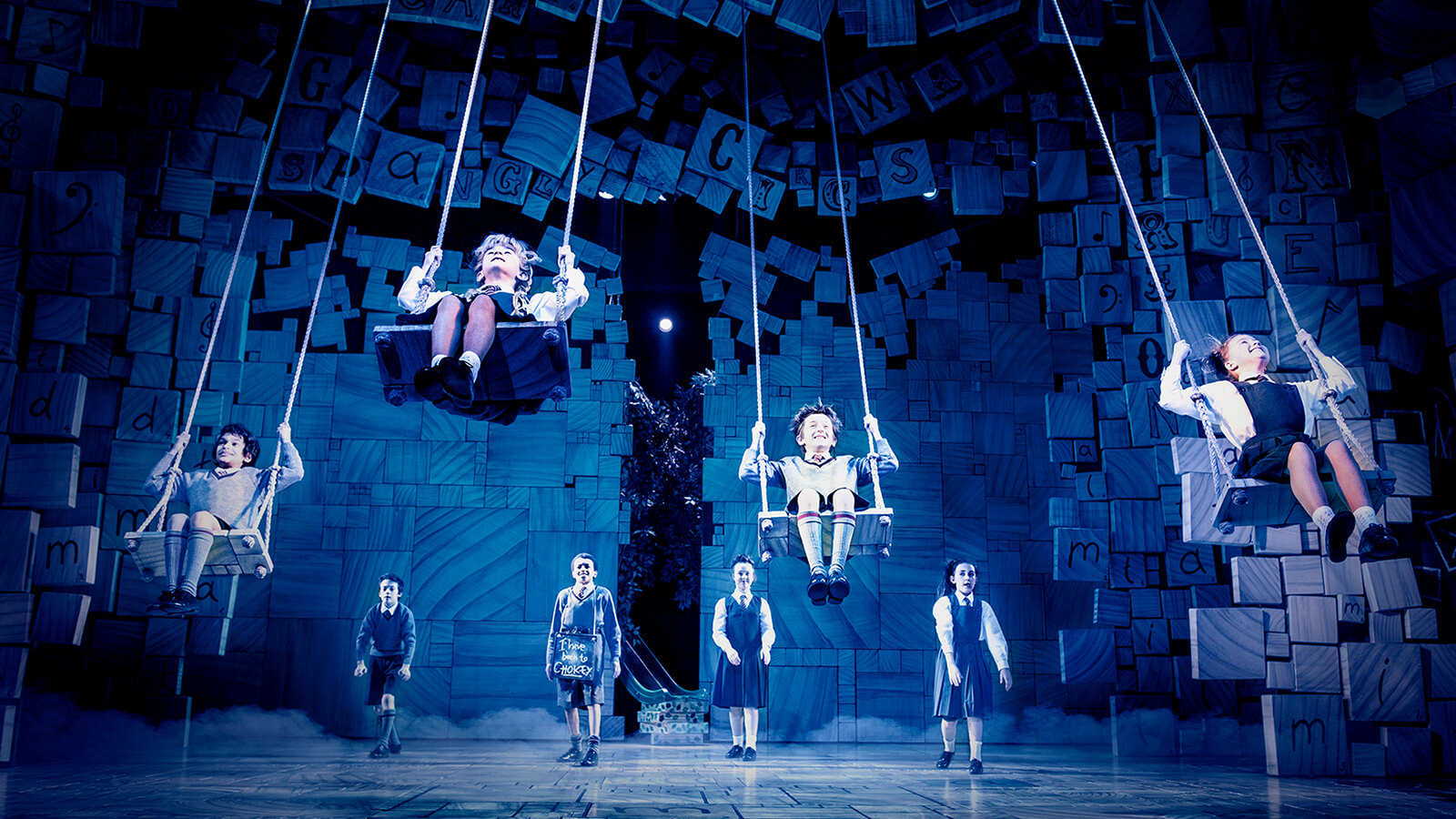 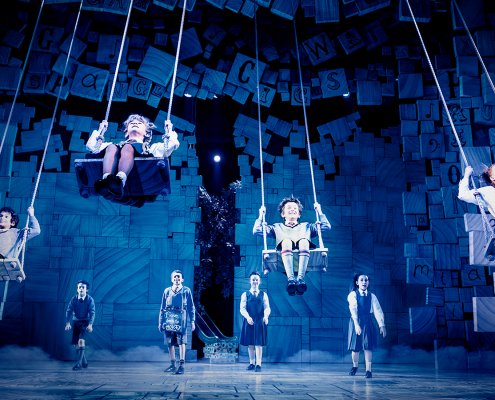 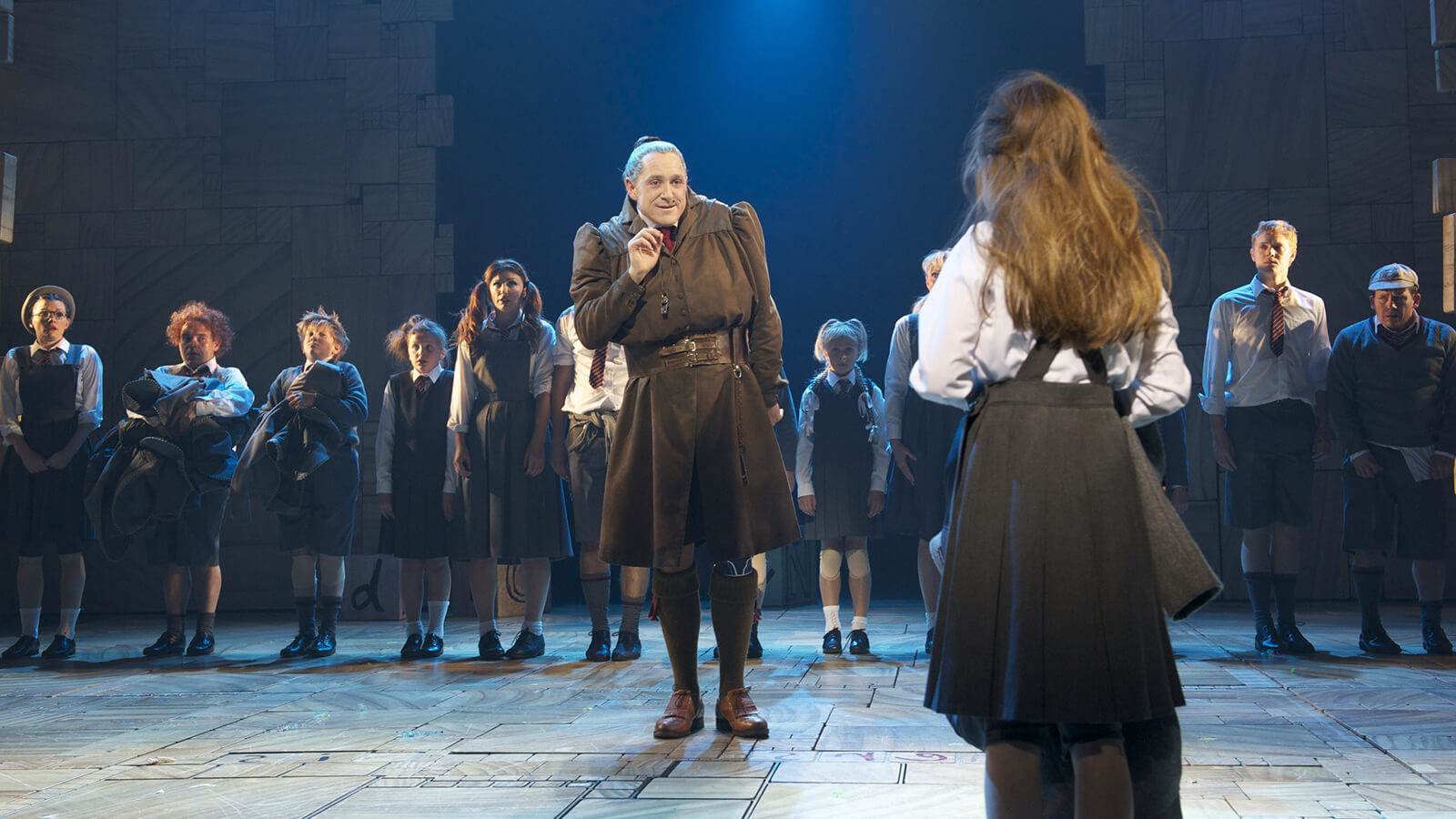 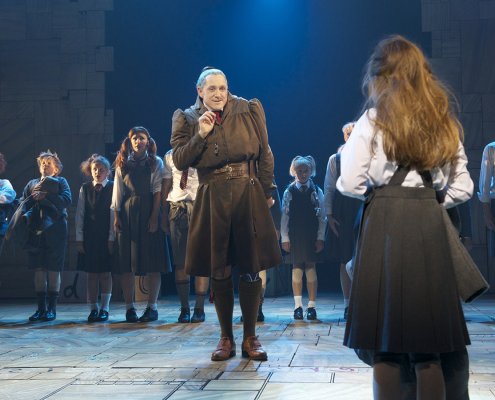 We were in Row C in the stalls with lottery tickets so incredible value. Sound and lighting were excellent and the Matilda (Isabella Jonsson on our visit) had great connection to the audience - we were lucky that we were sat stage right and she spends quite a bit of time on that side close to the front of the stage, so we could see her expressions in the songs really well.

Came away buzzing and my daughter insisted we buy the piano score for her to practice! read less

We all loved the musical as expected, with lots going on to keep them both entertained (especially the older one who was not particularly fussed on going!). It wasn't too long which was also good, with both adult and child actors alike making it unforgettable. Would recommend to anyone looking for a family-friendly musical in the West End. read less

All 5 of us came out buzzing with excitement afterwards. It was expensive (£75 per seat in stalls) but much better than similar shows we’ve seen for the same price (e.g. lion king and aladdin). read less

No exchanges or refunds are available after paying for tickets, you can however, get a full refund if you need to cancel due to unavoidable circumstances, with the TicketPlan refund protection option which can be added when you purchase your show tickets.

Matilda the musical is showing at the Cambridge Theatre which is located at Seven Dials, 32-34 Earlham Street, WC2H 9HU.

Choose your seats via our live booking platform, once payment is completed you will receive an email confirmation with your booking reference number and e-Tickets.

Matilda the musical is recommended for ages 6 and above.