West End shows are a crucial part of our culture, and has been since the late 1500’s. It has, and always will be, an essential part of our society and way of life. Beyond the importance of its historic roots, London’s West End has a number of physical, emotional and social benefits to it as well. Theatre helps us to develop our imagination, grow in empathy and reduce our stress levels. Simply put, an appreciation for arts and culture provides endless joy, and this cannot be emphasised enough. The West End is crucial for our well-being, and this is not something to be forgotten. It could be argued that the joy that theatre brings us is more important now than ever before, due to the trying times that we currently face as a nation.

Whilst we often discuss the way that theatre impacts our lives socially, there is one vital factor which is often disregarded: the economic importance of London’s West End. The economic advantages of our theatre industry are truly limitless, and many do not realise what an essential component it actually is. 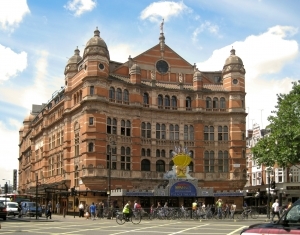 The first, and arguably most significant, statistic to evaluate is that the theatre industry brings in £2.7 billion annually to the U.K. economy. This figure is truly astonishing, and it demonstrates the extent to which this industry is a cornerstone of the British economy. It should be noted that this number very much surpasses the amount made by sporting fixtures. Live sporting events contribute £1.1 billion to the UK economy annually, meaning that the theatre industry raises over twice the amount that live sports does. This should not undermine the importance of sports, though it does in fact highlight how crucial the theatre industry is to our economy. When assessing this, it is also important to note that theatre generates £133 million in VAT alone. This too is substantial, yet again highlighting the amount of revenue that West End theatre supplies.

It also important to examine exactly how many people attend the theatre on a yearly basis. It has been reported by the Society of London Theatre that over 34 million people visit our theatres each and every year. To put this into perspective, the Australian population is just under 26 million. As bizarre as this may sound, there are more people who attend West End theatre on a yearly basis than live in Australia. Alternatively, the number of theatregoers is also four times the entire population of Switzerland. It is also important to bear in mind that this number exceeds the amount of people that attend live league football matches across the UK. Furthermore, not only is theatre well attended by British people, but it is also a source of attraction for tourists. It has previously been recorded that 24% of all foreign visitors to London will attend a West End theatre show. As a result, not only does theatre generate revenue on its own, but it also brings tourism, which in turn has its own advantages to our economy.

There is one factor however which, to many, will be regarded as being above all else: employment. The theatre sector employs over 290,000 people; this includes actors, directors, producers, playwrights, stage managers, and many, many more. Putting on a theatrical production is extraordinarily complex, and there are dozens of jobs that must be filled in order to ensure that everything runs smoothly. This does however mean that the theatre sector is home to many occupations, thus helping to keep unemployment levels down. To once again put this into perspective, there are more people who work in the British theatre industry than live in Barbados.

Unfortunately though, the economic advantages of West End theatres are somewhat being undermined by the current climate. Only roughly 12% of all theatres in the UK have been subsidised, meaning that 88% of all theatres have had little to no financial help during these testing times. Additionally, six theatres have sadly now gone into administration, meaning that they have to file for insolvency. This sometimes means that the theatre will be forced to close, as was the case with the Nuffield Southampton Theatres. On the flipside, about 70% of all theatres have used the furlough scheme, which has provided aid to those within the industry. Whilst there is still a lot more to be done, this at least shows that those who work in the theatre have at least received some form of help in the past few months. 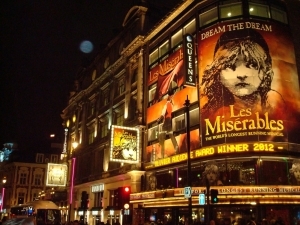 In order for theatrical productions to break even, they must be filled to 70% capacity. Obviously, this can depend on the production, though that is often perceived to be the general rule. In spite of this, current social distancing measures mean that only approximately 30% of the theatre can be filled. As a consequence, many theatres have taken the decision not to re-open, as they know they would be doing so at a loss. We should however applaud the theatres that are in fact re-opening, including all venues owned by Nimax Theatres. The decision to re-open is certainly a bold one, and Nimax should be commended for leading the charge.

The impact on unemployment level could also be critical. Whilst the sector employs over 290,000 people, it is currently the case that over 70% of those jobs are at risk. This means that 203,000 people are presently in fear of unemployment due to the uncertainty faced by the theatre industry. This is evident through the amount of people currently on the furlough scheme. 50% of all theatre workers are still on the furlough scheme, which is in direct contrast to all other industries, whereby the average equals out to 12%. Beyond this, 5,000 redundancies have been announced across the theatre sector, thus reducing the overall number of people who work in our beloved industry. Yet again however, multiple theatrical groups are doing their very best to ensure that people can return to their former employment as soon as possible. By opening their theatres once again, Nimax are hiring front of house and performance staff, with the total number of jobs nearing 400.

In conclusion, the economic importance of London’s West End is well and truly vast. It brings in a remarkable amount of revenue, encourages tourism and helps drive unemployment levels down. The West End provides the foundation of the UK economy, and it is important that we do not take it for granted. In addition to this, it is key to our well-being as a nation. The theatre is something that we must cherish, and we look forward to its return.