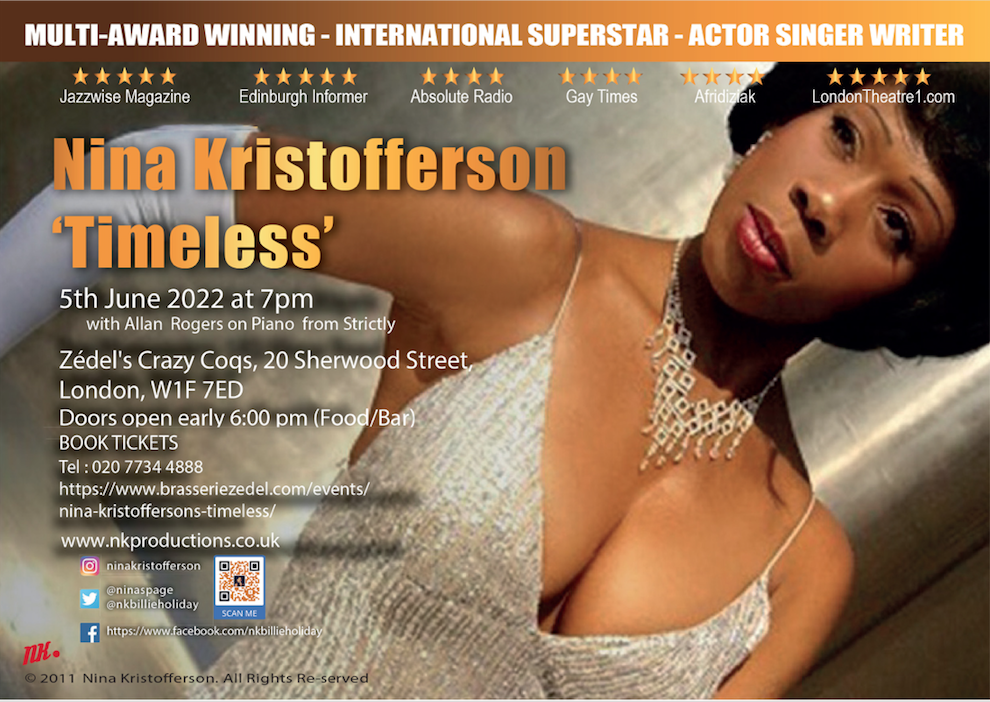 The Times describes Nina as “hypnotizing, captivating, electrifying”, she has received  outstanding critical and public acclaim and Nina is now back by popular demand with  her award-winning show ‘Nina Kristofferson’s Timeless’ which is a beautiful  selection of classic songs from the jazz, pop, musical theatre, classical era and more.

“A dazzling and emotional account of vibrant, soulful music ” – The British Blacklist

As a Singer & Actor, Nina has also worked around the World in Film, TV, Radio  including regular appearances on BBC London Radio and an appearance on Colourful  Radio as well as being a Co-Presenter for Channel 2 – Talk Radio, Women in  Business Radio Show. Nina is also an Event’s Host, Voice Over Actor & Actor for  Commercials, the Gaming Industry and countless Theatre projects. Nina has also  been performing Concerts & Corporate Events Internationally for many years.