There are few shopping experiences as unique as Burlington Arcade. Just off busy Piccadilly in the West End’s Mayfair region, this covered shopping promenade is an original piece of London and shopping history filled with beautiful high-end stores. You’ll find a mix of independent and established names specialising in jewellery, watches, beauty and fashion. The original concept when it was built in 1819 was to create a space “for the sale of jewellery and fancy articles of fashionable demand, for the gratification of the public”. In this sense, it’s barely changed.

The Burlington Arcade is one of the earliest of its kind, sparking a trend for shopping arcades that began to appear all over Europe in the 19th century, eventually paving the way for the modern shopping centre. In comparison to today’s gigantic malls, Burlington Arcade feels like a smaller, more characterful version that has managed to keep hold of some of its longest standing tenants for authenticity. It’s no wonder it attracts three million visitors every year. 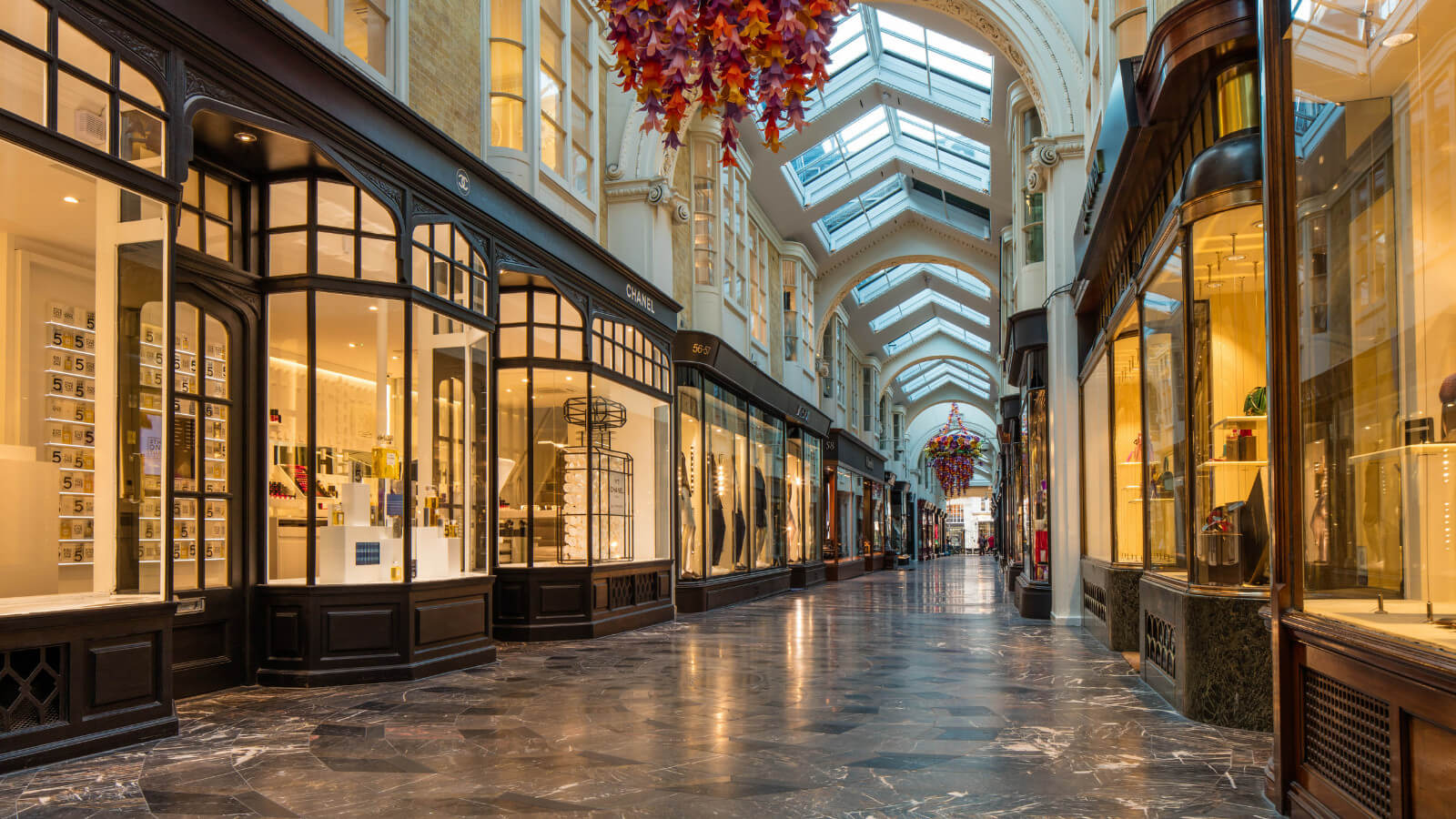 The arcade was commissioned by Lord George Cavendish who lived in Burlington House, the oldest remaining mansion on Piccadilly which is now home to the Royal Academy. Not just a pleasant space for the trendy Mayfair crowd to enjoy, it’s also rumoured that Lord Cavendish placed it directly next to his gardens to stop people throwing rubbish over his wall. Another reason to bring it into existence was to provide work opportunities for “industrious females”. As such, six out of the 47 original leases were assigned to women (a respectable feat at the time) and all of the shopkeepers were referred to as “madame”.

Samuel Ware was tasked with the design of the building as the personal architect to Lord Cavendish. Ware is also known for his work on the west side of the Royal Academy. The rows of two-story shops covered by a glass roof to let in natural light, while protecting from rain, reputedly cost £49,000 to build (around £4 million in today’s money). There are sixteen arches running through the 196-yard long walk, making it not only one of the first shopping arcades in the UK but also one of the longest. Originally, the upper floors were the living quarters for the shop owners, though are now store rooms and office spaces for them.

In 1879, the ownership of Burlington Arcade transferred to the Chesham family. You’ll still find their coat of arms and their motto “Cavendo Tutus” (meaning “secure in caution”) on the entrance arches at either end today.

A number of famous names have been spotted shopping here over the decades including Fred Astaire and Ingrid Bergman. It has also been used as a film set on several occasions and can be spotted in 1989’s Scandal, starring John Hurt and Sir Ian McKellen, the 1992 thriller starring Harrison Ford, Patriot Games, and the 1996 version of 101 Dalmatians with Glenn Close. 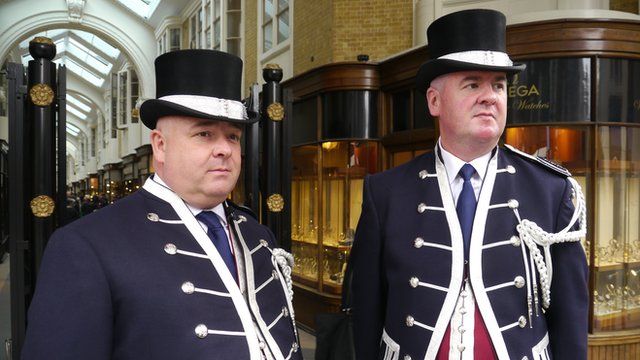 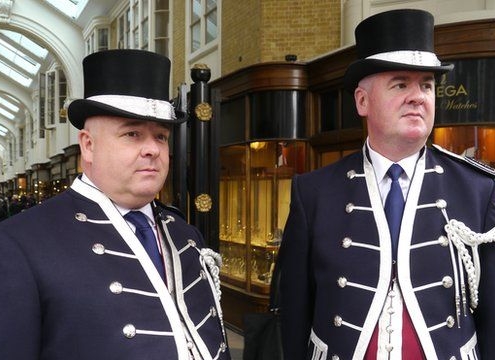 One of the most unusual things you’ll find at Burlington Arcade are the ‘beadles’ who watch over it and have been a feature of this shopping precinct since its opening. You’ll notice them immediately for their top hats, navy frockcoats with decorative braiding, or knee-length capes in winter, designed by Savile Row tailor Henry Poole.

Originally, Lord Cavendish commissioned his own regiment, the 10th Hussars, to be beadles, taking on the role of looking after the best interests of the arcade and shop owners, ensuring that unruly behaviour was kept out. It’s thought that the beadles are the smallest private police force in the world and have existed longer than the Metropolitan Police, hence the need for Lord Cavendish to create his own law-enforcement.

Though the role is largely ceremonial today, providing an excellent photo opportunity for tourists as well as acting as a helpful concierge, they do still enforce some of the unusual rules that exist in Burlington Arcade. One such rule is that whistling and singing are not permitted inside its arches. The reason for this strange request was that, in the early days, dubious characters would use whistling or bursting into song as a way to warn pickpockets and prostitutes that the police or beadles were present. Urban legend has it that Sir Paul McCartney is the only person who is allowed to break the rule on whistling. 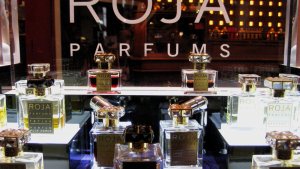 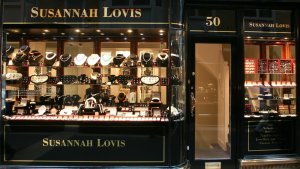 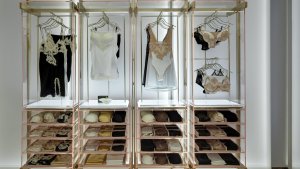 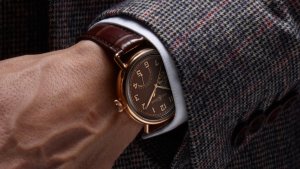 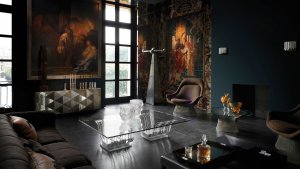 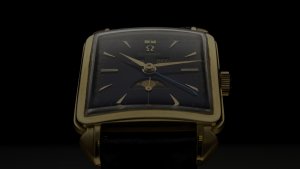 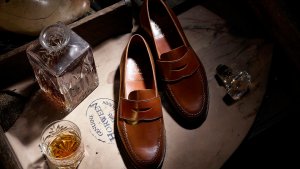 There’s a distinct emphasis on craftsmanship along this well-curated stretch of shops. It also has a high concentration of independents which can be hard to find elsewhere in the city. Of those multinational brands that do sit in the arcade, it’s only the best who perpetuate the standards of high quality products and service.

Connoisseurs of luxury watches and fine jewellery will be familiar with Burlington Arcade for its specialist ranges of new and vintage styles, repairs and bespoke design services.

David Duggan’s black and gold glossy front is home to an extensive range of pre-owned watches from the likes of Patek Phillippe and Cartier and experts who have 150 years of combined experience. The Vintage Watch Company sells exactly what’s written above the door with a collection of over 1000 pieces dating from 1910 to the 1970s. Armour-Winston is one of the oldest watch and jewellery traders in Burlington Arcade that remain under the same ownership, specialising in pre-owned Swiss watches since 1953. While Family-run Somlo Antiques carry one of the oldest collections as experts in vintage pocket watches and wristwatches from as early as the 16th century. The only standalone store for Bell & Ross watches in London, with a long history of making timepieces for professionals such as pilots, is located in the arcade to add the latest in modern innovation to your collection.

If vintage jewellery is your style, there’s plenty here that will be right up your street. Michael Rose jewellers has had a significant presence in Burlington Arcade for over thirty years with three showrooms dotted along Burlington’s runway carrying pre-loved styles and their own brand of modern designs. Davide Halevim, owner of HD Unique, prides himself on choosing his stock using his heart and not his head so expect original vintage jewellery, watches and handbags that will catch your eye. Hancocks has a long history of selling vintage and contemporary jewellery in Mayfair and have held several royal warrants as well as designing the prestigious Victoria Cross medal. At number 50 Burlington Arcade, Susannah Lovis lends her personal expertise to luxury vintage and antique jewellery as well as working on bespoke commissions. Richard Ogden is a particular favourite with those looking to buy an engagement ring with their ‘ring room’ which provides a special shopping experience when picking out something magical from the past.

There’s also plenty of shops selling new creations. Carat London has become one of the UK’s favourite home-grown modern jewellery brands, combining fine jewellery craftsmanship with stylish, trend-led design, located at number 5 Burlington Arcade. Patrick Mavros’ pieces are made in Africa and inspired by its rich culture too for something more unusual. Handmade jewellery and certified gemstones are the premises behind Sterling Diamond, who take commissions and can do repairs as well as selling their own range exclusive to the arcade. The first UK boutique for Egyptian jewellers Azza Fahmy is a great spot to find modern jewellery with a rich cultural history. High design meets quality imitation pearls and gemstones at Ciro for affordable luxury that looks like the real deal.

A number of beauty brands join the array of Burlington Arcade shops which are all about treating yourself. Fragrance brand True Grace sells perfume, candles and toiletries inspired by the British Isles. Perfume authorities Frederic Malle and Roja both have stores in the arcade which can expertly match you with a perfume to suit your personality and the occasion. With two royal warrants, Penhaligon’s has been the go-to for classic perfume and toiletries since 1870. Chanel has launched a beauty-only store in the arcade to sample the latest colour palettes and products from their luxurious collections straight from Paris. Kilian Hennessy brings his family background of cognac makers to the fragrance world with a range of over 35 scents and finally, the flagship store of Atkinsons exemplifies their eccentric British take on fragrance, established in 1799. 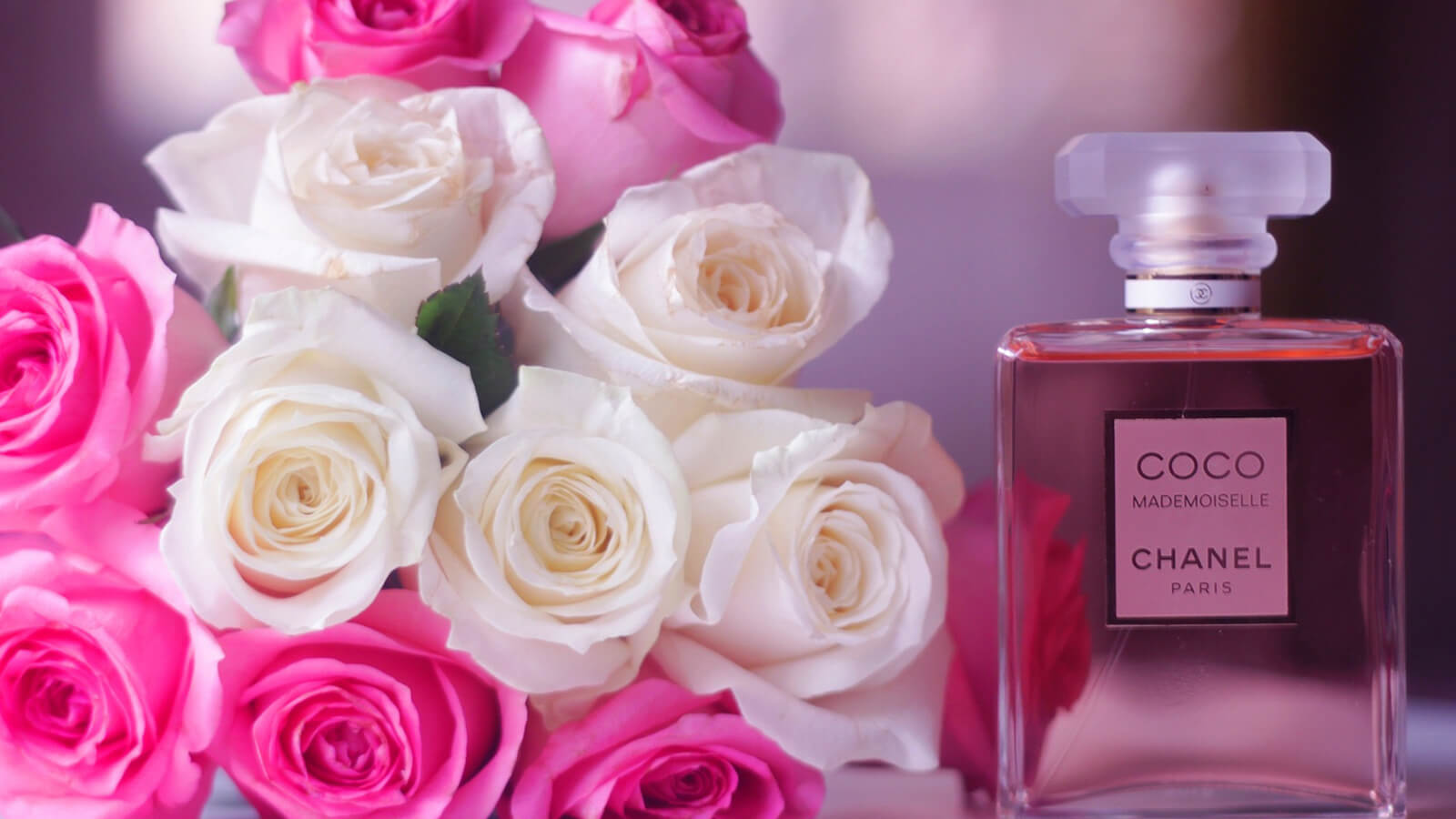 A number of stores that are hard to find elsewhere bring exclusive fashion to the precinct. Eres luxury lingerie has just three boutiques in London, one of which being Burlington Arcade, and milliners Maison Michel Paris offers its only standalone store in the UK.

If you can’t resist the soft touch of cashmere, there’s a high concentration of specialist fashion brands using the cosy fabric. House of Cashmere, Barrie, Cashmirino and N.Peal have you covered for womenswear, menswear, kidswear and accessories with a luxe feel.

Leather craftsmanship is also celebrated at Burlington Arcade with a number of classic shoe and handbag brands. Northampton heritage shoemakers Church’s and Crockett & Jones stock the best of British while Kwanpen brings handcrafted bags from Singapore made from exotic leathers.

Why stop spoiling yourself there? Pick up something special for your home at Lalique, infamous French glassware experts who create items that are truly a work of art. British cabinet makers Linley have moved well beyond their staple product into a full line of furniture and accessories, beautifully made from the finest wood to the highest standard.

Before you head home for the day, pop in to Ladurée on the corner of the Piccadilly arch and treat yourself to their sumptuous sweet treats to take away with you. The macarons are irresistible and their chocolates make a special gift for someone, if you can manage to keep your fingers off them.