Up and Coming Playwrights

In London’s West End, we are beyond fortunate to have some of the world’s best plays. This is primarily as a result of the fact that Britain is a breeding ground for talented playwrights. Each and every year, new and exciting playwrights emerge onto the theatre scene, ready to take on the West End by storm. Consequently, here are the West End’s most talented up and coming playwrights: 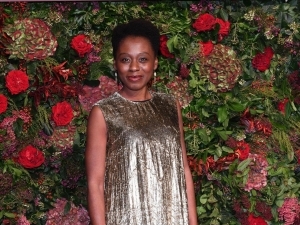 Natasha Gordon was born in London in 1976, to parents who had both emigrated from Jamaica to Britain. She began her career as an actress in 2000, starring in a number of critically acclaimed theatrical productions, including ‘As You Like It’ for the Royal Shakespeare Company. Gordon also has a number of film and television credits to her name, having acted in ‘The Bill’ and ‘EastEnders’.

Gordon made her playwrighting debut with ‘Nine Night’ at London’s National Theatre in April 2018. The play focuses in on the Jamaican tradition of Nine nights, portraying a family dealing with a sudden loss. The production was immensely popular, and as a result of this it later transferred to Trafalgar Studios. With this transfer, Gordon became the first black British female playwright to have a play staged in the West End; a monumental achievement.

Nine Night was well-received by critics, with reviewer Will Longman giving it a 5-star rating. Longman delivered a rave review, referring to the play as “a thoroughly engrossing family drama”. In addition to this, Gordon rightfully won the award for ‘Most Promising Playwright’ at the Evening Standard Awards in 2018. 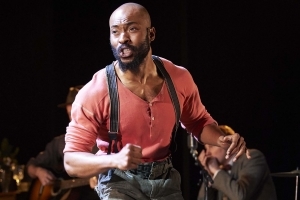 Arinzé Kene was born in Lagos, Nigeria in 1987, before emigrating to the U.K. at a later age. He began his career an actor onstage, with his wide list of theatrical credits including the role of Simba in the hit Disney musical ‘The Lion King’. He has also starred in multiple television soap operas, such as ‘EastEnders’ and ‘Hollyoaks’. For his work on ‘EastEnders’, Kene was nominated for ‘Best Newcomer’ at the 2011 All About Soap Bubble Awards.

Kene first made his debut as a writer in 2011 with ‘Wild Child’, which was a play that explored the relationship between Christianity and African culture. His most successful play however was arguably ‘Misty’, which first opened in 2018 at the Bush Theatre Off-West End. The show was described as being a “powerful, profound and unique take on modern life” and skilfully blended music, spoken word, direct address and live art in one. The show proved to be a large hit with audiences, eventually causing it to transfer to the West End venue Trafalgar Studios.

The West End production of ‘Misty’ received largely positive reviews, receiving four-star ratings from publications such as Time Out and WhatsOnStage. 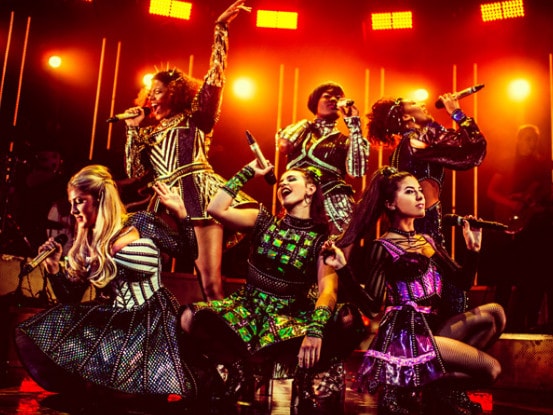 Toby Marlow and Lucy Moss’s partnership first began at the University of Cambridge, where the two of them were fellow students. In 2017, Marlow had been left with the task of filling the university’s Musical Theatre Society slot on the Edinburgh Fringe. Whilst his application for the slot had already been accepted, he did not have a show to fill it in with. He then sought help from his friend, Lucy Moss, who agreed that writing a show would be a fun thing to do and the rest, as they say, is history!

The first show to come from this newly formed partnership was ‘Six the Musical’; a modern retelling of the lives of the six wives of Henry VIII presented as a pop concert. ‘Six’ premiered at Edinburgh Fringe, where it attracted the attention of several high-ranking producers. From there, the show began its first UK tour, picking up dozens of fans along the way. Its popularity eventually allowed it to transfer to the Arts Theatre in London’s West End, where it remains to this very day. The musical continues to be extremely successful and will open on Broadway in February 2020. 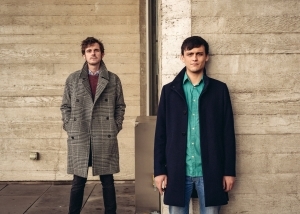 Joe Murphy and Joe Robertson first met while studying at the University of Oxford together. The two students were both aspiring playwrights, and as a result formed a friendship and later a writing partnership. After finishing their studies, they travelled to Calais, France together to volunteer in a makeshift refugee camp. They later founded the Good Chance Theatre Company together, which is a group that prides itself on empowering artists from across the world.

Their first play ‘The Jungle’ premiered at the Young Vic in late 2017, where it had a successful sold-out run. Following its huge success, it transferred to the West End’s Playhouse Theatre in the following year. The show has since opened productions in New York and San Francisco, where it has continued to be a hit with audiences.

Not only has ‘The Jungle’ been popular with audiences, but it was also much admired by critics. Both Michael Billington of The Guardian and Matt Trueman of WhatsOnStage awarded ‘The Jungle’ with 5 stars, with the former referring to the show as a “priceless piece of theatre”. 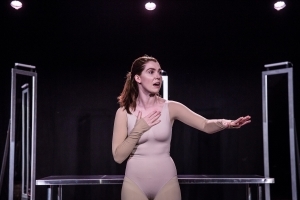 Milly Thomas began her career as an actress, featuring in multiple films, television shows and plays. Her long list of credits includes shows such as ‘Downton Abbey’ and ‘The Crown’, as well stage productions such as Shakespeare’s ‘Romeo and Juliet’ and ‘A Midsummer Night’s Dream’.

Thomas had her first foray into writing with a play entitled ‘A First World Problem’, which played Off-West End at Theatre503 in 2014. The show explored the issues facing young women in the UK. Following this, she continued to write several plays over the course of the next few years, with each and every one receiving critical acclaim. Her most successful play, however, came with her award-winning and sell-out one-woman show ‘Dust’. ‘Dust’ was yet another play that explored gender issues, as well as matters relating to mental health. The play premiered at the Soho Theatre in 2017, before transferring to Trafalgar Studios in the West End the following year.

‘Dust’ received primarily positive reviews, with praise being awarded to Thomas for both her writing and acting abilities. The play later went on to receive two nominations at the WhatsOnStage Awards in 2019.

The Gentlemen’s Guide to Shopping on Savile Row

A Welcome Return!
Scroll to top