The West End is renowned for its utterly spell-binding musicals, which include spectacles such as Les Misérables, The Phantom of the Opera and Hamilton. At the heart of every musical is its score, and the masterminds responsible are the composers and lyricists of the theatre world. Choosing favourites can be a difficult task, but nevertheless, here are the selected top 5: 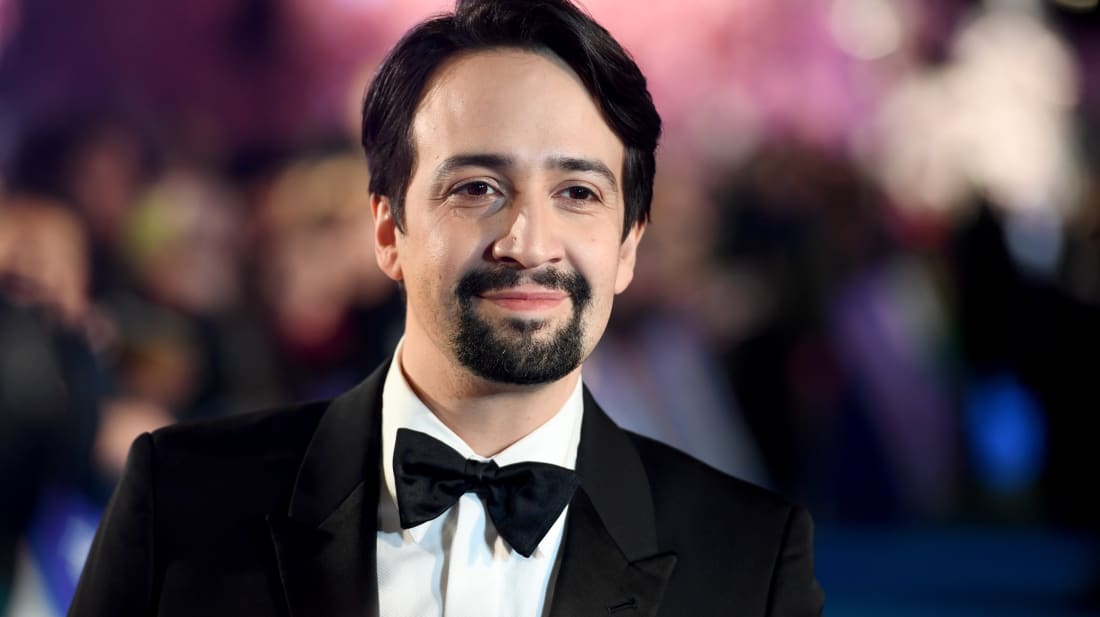 Lin-Manuel Miranda is an American composer and lyricist, who is extensively known for writing the music and lyrics for the hit Broadway and West End musicals ‘In the Heights’ and ‘Hamilton’. He is also known for co-composing ‘Bring It On: The Musical’ with musician Tom Kitt, as well as creating the fourteen-minute mini-musical ’21 Chump Street’. For his work, he has received three Tony Awards, three Grammy Awards, an Emmy Award, a Pulitzer Prize for Drama and a dozen more prestigious accolades.

Miranda’s success can largely be attributed to his immense creativity. After reading a copy of Alexander Hamilton’s biography whilst on vacation, he instantly began to envision the life of this Founding Father as a hip-hop and rap musical. Whilst many at the time would have found such a proposal absurd, Miranda knew this inspired idea was destined for the stage, and thus ‘Hamilton’ was born. One of his greatest strengths as a composer is his ability to tell a story through music. ‘Hamilton’ features little-to-no spoken dialogue, and as a result is entirely sung-through. To tell a story in this medium can be challenging, but as proven by his writing, Miranda is an exceptionally talented composer and lyricist. 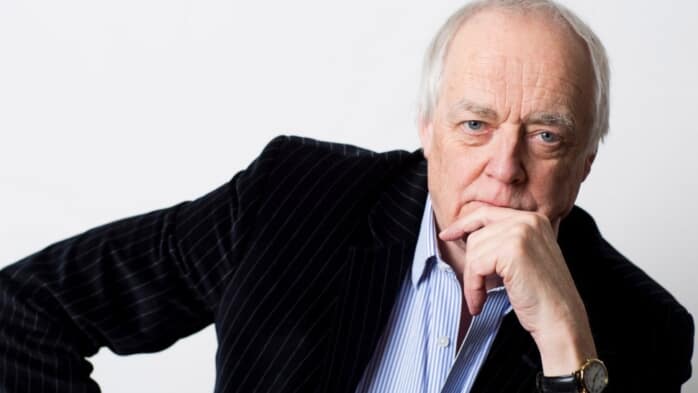 Sir Timothy Rice is an English lyricist who is best known for his collaborations with the likes of Andrew Lloyd Webber, Alan Menken, as well as Björn Ulvaeus and Benny Andersson of ABBA fame. He has written the lyrics for over a dozen hit West End musicals, such as ‘Joseph and the Amazing Technicolor Dreamcoat’, ‘Jesus Christ Superstar’, ‘The Lion King’ and ‘Aladdin’. Rice is one of only fifteen artists across the globe to have won an Emmy, Oscar, Grammy and Tony Award, which is known as an ‘EGOT’ within the industry. In 1994, he was knighted by Queen Elizabeth II for his contribution to music. In addition to all of this, Rice also has a star on the Hollywood Walk of Fame.

Almost all of the musicals that Rice has worked on have been extremely successful. This in itself is a huge testament to his extraordinary abilities as a lyricist. His lyrics are exceedingly clever, and really help in bringing the musical’s characters to life. Rice ingeniously conveys the emotions and feelings of the individual he is writing for, therefore helping to make such characters more relatable and convincing. 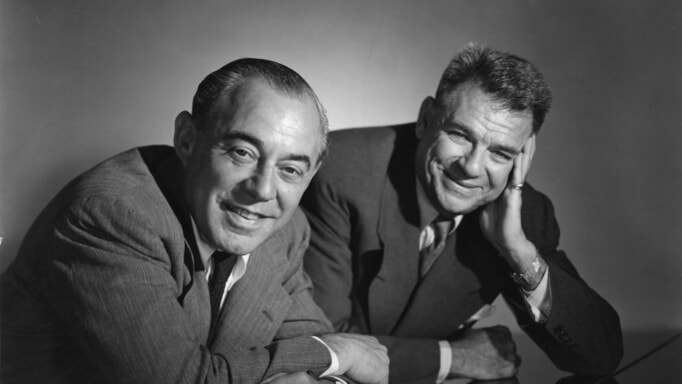 Whilst I know that I have selected two individuals for slot number three, it simply would not be right to mention one and not the other; this infamous duo go hand in hand. In this renowned partnership, Richard Rodgers composes the music, whilst Oscar Hammerstein II is responsible for the lyrics. The pair created a sequence of admired Broadway and West End musicals throughout the 1940s and 1950s, in a time period that was then-known as the “golden age” of musical theatre. Their most recognized works are, arguably, ‘Oklahoma’ ‘Carousel’, ‘South Pacific’, ‘The King and I’ and ‘The Sound of Music’. Throughout their partnership they accumulated a grand total of thirty-four Tony Awards, fifteen Academy Awards and two Grammy Awards.

Despite the fact that these musicals were written almost 80 years ago, they continue to be revived up until this very day. For example, a brand-new production of ‘The King and I’ opened at the London Palladium last Summer, with Tony Award Winner Kelli O’Hara playing the lead role of Anna. The work of Rodgers and Hammerstein is clearly timeless, and still resonates with modern audiences. 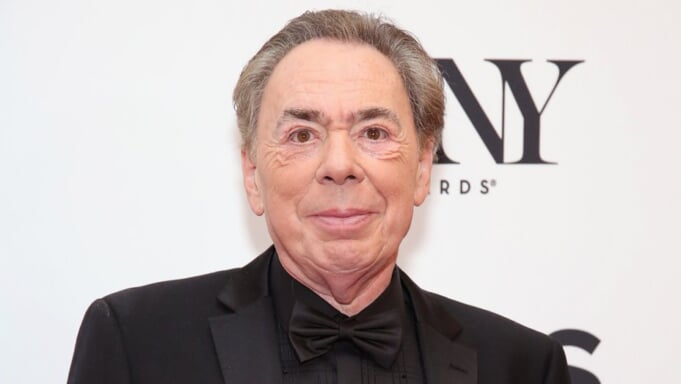 The Lord Lloyd-Webber is an English composer known worldwide for his success in the musical theatre industry. He has composed a total of thirteen musicals, including ‘Joseph and the Amazing Technicolor Dreamcoat’, ‘Jesus Christ Superstar’, ‘Evita’, ‘Cats’ and, last but certainly by no means least, ‘The Phantom of the Opera’. He has written a number of classic show-tunes, such as “Memory” And “Any Dream Will Do”. Lloyd-Webber received a knighthood in 1992 in recognition of his services to the arts, which was shortly followed by a peerage. He has been the recipient of seven Olivier Awards, six Tony Awards, three Grammy Awards and one Academy Award.

I am personally of the belief that Lloyd Webber has provided the West End and Broadway with some of the best musicals of the past quarter century; all of his works are truly phenomenal. ‘The Phantom of the Opera’, arguably his biggest success, first opened in 1986 and is the second longest-running West End musical. It is also the longest-running Broadway musical and has broken a number of box office records on both sides of the pond. 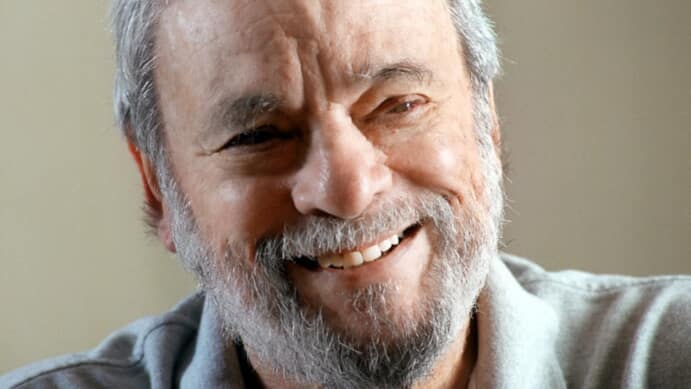 The number one slot goes to American composer and lyricist Stephen Sondheim, who has written a remarkable number of masterpieces throughout the course of his career. He has written both the music and lyrics to ‘Sweeney Todd’, ‘Merrily We Roll Along’, ‘Follies’, ‘Sunday in the Park with George’, ‘A Little Night Music’, and a dozen other hit classics. For his contributions to the industry, he has been awarded with an Academy Award, a Pulitzer Prize, eight Grammy Awards and eight Tony Awards, which is more than any other musical theatre composer. In addition to these accolades, Former President Barack Obama awarded Sondheim with the Presidential Medal of Freedom in 2015. There are also two theatres which have been named in his honour in both London’s West End and New York’s Broadway.

One of Sondheim’s greatest abilities as a composer and lyricist is his outstanding versatility. For example, whilst the musical score of ‘Sweeney Todd’ is dark and gritty, the majority of the songs featured in his other musical ‘Company’ are joyous and light-hearted. The intelligence and complexity of his lyrics are yet another reason as to why Sondheim is one of the greats. There can be doubt that Sondheim is well and truly one of the greatest lyricists of all time.