London’s West End is home to some of the greatest cinemas in all of Great Britain. Leicester Square, in particular, has a wide variety of impressive movie theatres, including ‘Cineworld’, ‘Odeon Luxe’ and the ‘Vue’. All three of these cinemas are astounding, leaving locals and tourists alike spoiled for choice. Throughout the upcoming months, West End cinema will continue to offer moviegoers endless opportunities of films with several new releases on the horizon. Therefore, without further ado, here are the top 10 new cinematic releases: 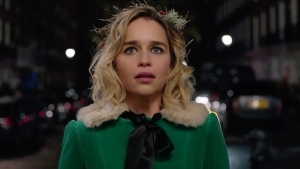 “A young woman, who has been continuously unlucky, accepts a job as a department store elf during the holidays. When Kate meets Tom on the job, her life takes a turn.”

Last Christmas is directed by Paul Feig, and stars Emilia Clarke, Henry Holding and Emma Thompson. The film looks set to be a stellar romantic-comedy, perfect for the Christmas holidays. The trailers seem to portray the film as upbeat and cheerful, demonstrating that Last Christmas will have a high feel-good factor. Additionally, Academy Award winner Emma Thompson’s involvement as a producer, screenwriter and actor also signifies that this is not a movie to be missed! The film is scheduled to be released on November 8th.

9. A Beautiful Day in the Neighbourhood 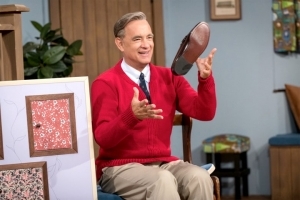 “A journalist’s life is enriched by friendship when he takes on an assignment profiling Fred Rogers. Based on the real-life friendship between journalist Tom Junod and television star Fred Rogers.”

A Beautiful Day in the Neighbourhood is directed by Marielle Heller and stars Tom Hanks and Matthew Rhys. Hanks is, arguably, one of Hollywood’s greatest actors, and has won 16 major awards over the course of his career. His portrayal of American television personality Fred Rogers has already received rave reviews, and it has been speculated that he will receive an Academy Award nomination for his performance. The film is scheduled to be released on November 22nd. 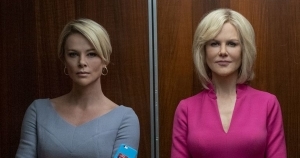 “Female employees at Fox News take on a toxic male culture, leading to the downfall of media mogul Roger Ailes.”

Bombshell is directed by Jay Roach and stars Charlize Theron, Nicole Kidman and Margot Robbie. The movie has an extremely compelling story, due to its fascinating insight into Fox News personnel. During his lifetime, American television executive and media consultant Roger Ailes was a major figure in both journalism and politics. As a result, the story of his downfall is likely to be intriguing. Additionally, Bombshell features an exceedingly strong ensemble cast, which includes multiple award-winning actors. The film is scheduled to be released on December 20th. 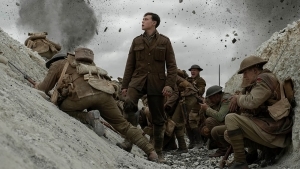 “Two British soldiers embark on a dangerous mission to save 1,600 men from certain doom during World War I.”

1917 is directed by Sam Mendes and stars Colin Firth, Benedict Cumberbatch and Mark Strong. This war film is an absolute must-see for anyone with an interest in history. The movie is loosely based on an account told to Mendes by his paternal grandfather, Alfred Mendes, and therefore tells the tale of a true story. It is expected to be a very life-like account of life in the trenches during the First World War and will catapult audiences back in time. The film is scheduled to be released on December 25th. 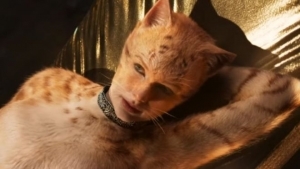 “Cats tells the story of a tribe called the Jellicles and the night they make the ‘Jellicle choice’, deciding which cat will ascend to the Heaviside Layer and come back to a new life.”

Cats is directed by Tom Hooper and stars Jason Derulo, Jennifer Hudson and Taylor Swift. The first trailer for the film was released in mid-July and received a somewhat mixed response from viewers. No matter how people felt about the trailer however, there can be no denying that it certainly sparked a large interest in the movie’s release. The film is scheduled to be released December 20th. 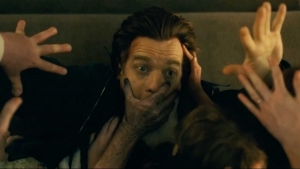 “Struggling with alcoholism, Dan Torrance remains traumatized by the sinister events that occurred at the Overlook Hotel when he was a child. His hope for a peaceful existence soon becomes shattered when he meets Abra, a teen who shares his extrasensory gift of the ‘shine’.”

Doctor Sleep is directed by Mike Flanagan and stars Ewan McGregor and Rebecca Furguson. It is a sequel to the 1980 psychological horror drama film ‘The Shining’, which is considered by many as being one of the greatest horror films of all time. Doctor Sleep is therefore highly anticipated by fans of the original. The film is scheduled to be released on October 30th. 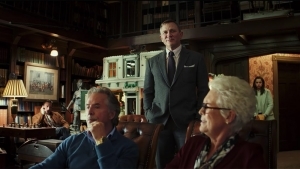 “A detective and a trooper travel to a lush estate to interview the quirky relatives of a patriarch who died during his 85th birthday celebration.”

Knives Out is directed by Rian Johnson and stars Daniel Craig, Chris Evans and Christopher Plummer. The involvement of Hollywood actors Daniel Craig (best known to moviegoers as James Bond) and Chris Evans (best known to moviegoers as Captain America) has spiked a lot of interest for the film. Fans of the two actors are excited to see them pair up, and it is certain to be an interesting partnership. The film is scheduled to be released on the November 29th. 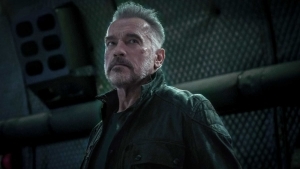 “Sarah Connor and a hybrid cyborg human must protect a young girl from a newly modified liquid Terminator from the future.”

Terminator: Dark Fate is directed by Tim Miller and stars Linda Hamilton and Arnold Schwarzenegger. The Terminator franchise first began in 1984 and has been hugely successful. Dark Fate is the sixth film of the series to be produced, and the franchise has grossed a total of $1,847,442,314 worldwide. The movies have had large impacts on pop culture, and the infamous catchphrase “I’ll be back” is still quoted to this very day. The film is scheduled to be released on October 23rd. 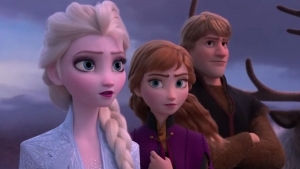 “Elsa the Snow Queen and her sister Anna embark on an adventure far away from the kingdom of Arendelle. They are joined by friends, Kristoff, Olaf, and Sven.”

Frozen 2 is directed by Chris Buck and Jennifer Lee and stars Idina Menzel, Kristen Bell and Jonathan Groff. When the first instalment of Frozen was released in 2013, it received rave reviews and became the highest grossing animated film of all time. Frozen 2 is the ideal film for festive fun that the whole family can enjoy, and it will be interesting to see whether it will live up to the success of its predecessor. The film is scheduled to be released on November 22nd.

1. Star Wars: The Rise of Skywalker 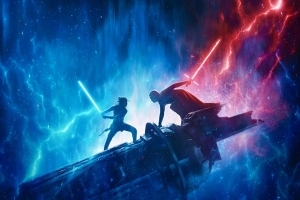 “The surviving Resistance faces the First Order once more as Rey, Finn and Poe Dameron’s journey continues. With the power and knowledge of generations behind them, the final battle commences.”

Star Wars: The Rise of Skywalker is directed by J.J. Abrams and stars Daisy Ridley, Carrie Fisher and Mark Hamill. The film serves as the finale of the nine-part Skywalker saga, which first began in 1977. This movie takes the number one spot due to the fact that it is bringing an end to one of the most popular and successful franchises of all time. It has been speculated for years as to how the saga may end, and I myself, along with many others, are intrigued to find out what the story’s conclusion will bring. The film is scheduled to be released on December 20th.

Celebrities of the West End Stage Throughout the Autumn 2019

A Guide to West End Cinemas
Scroll to top