A Guide to West End Cinemas

The West End is home to a wide array of marvellous cinemas, particularly within the Leicester Square area. Those who visit London are well and truly spoilt for choice. Selecting only a handful of cinemas was difficult, but without further ado, here is the ultimate guide to some of the West End’s best cinemas. 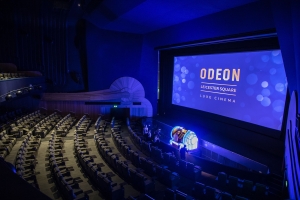 The Odeon cinema building first opened in 1937, shortly after being constructed by Scottish businessman Sir Robert McAlpine. The land cost £550,000 to buy, whilst building the cinema totalled at £232,755. Though this may have been somewhat expensive at the time, the investment proved to be worthwhile, as it has since become one of the West End’s greatest cinemas. The first film to premiere at the cinema was ‘The Prisoner of Zenda’; a movie which has since become a staple in pop culture.

The Odeon Luxe Leicester Square has a grand total of four screens. The main screen is a Dolby Cinema one, which has a total of capacity of 800 seats. The Dolby Cinema Screen is incredibly unique, due to the fact that it combines the most powerful image and sound technologies with inspired design. There are three other screens within the Odeon, and each has capacity of approximately 40 seats. In total therefore, the Odeon Luxe Leicester Square can seat a grand total of 950 people. All screens contain Odeon Luxe recliner seats, allowing moviegoers to sit back and unwind as they immerse themselves in the most recent hit film. 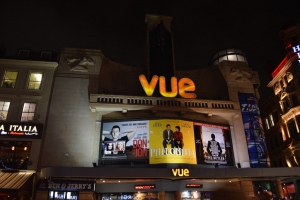 The land whereupon the Vue sits today was once occupied by Daly’s Theatre, a historic West End venue. The theatre ceased operation in 1937 however, when Warner Bros. Entertainment Inc. purchased it. Shortly after this, the theatre was demolished, and a brand-new cinema opened the following year on October 12th 1938. The building was initially known as the Warner Theatre; a name which it would keep until 2003, when it was re-branded as Vue West End.

The Vue West End contains a striking nine screens. All screens are capable of displaying 3D, and the capacity varies from 120 to 400 seats. The most reputable aspect of the Vue are Screens 5 and 7. Each of these hold 273 seats, all of which offer a fantastic view. In addition to this, there is also a luxury seating option, due to the fact that 20 of the seats are recliner. Both of these screens are Dolby Atmos and Sony 4k capable, therefore enhancing the overall experience. Another reason why one may choose to attend the Vue West End may be due to their big screen events. For example, unforgettable occasions such as theatre, opera, dance and many other unique occurrences are shown at the venue throughout the year. 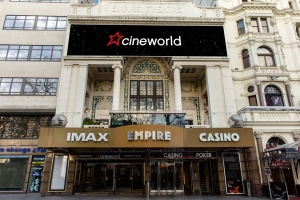 This venue initially opened as the Empire Theatre in 1884 as a West End variety auditorium, as well as a venue for ballet. The theatre remained open for many years until the 1920s, when American media company MGM Studios purchased the building. During this period of time, moving pictures were becoming increasingly popular, and as a result there was great demand for a new cinema to be built in the heart of London’s West End. The theatre faced demolition in 1972, with the Empire rebuilt as a cinema. Flashing forward to the present day however, MGM Studios no longer operate the venue, and Cineworld acquired it in July 2016.

Empire, Leicester Square contains a total of 9 screens, with each screen consisting of approximately 200 seats. Consequently, the venue can seat a grand total of 1,746 moviegoers. Among these 9 screens include an IMAX with Laser projection and a Superscreen. Arguably though, the greatest asset to the Empire is its 4DX screen. This aspect is exclusive to Cineworld in the UK and Ireland and adds major sensory thrills to the movie experience. There are a number of highly stimulating effects, such as water, scent and strobe lighting that are precisely timed to enhance the events that are happening on screen. 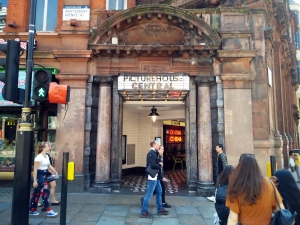 At Picturehouse Central in Picadilly there are a total of 7 screens. Not only do Picturehouse Central display a number of blockbuster movies, but a number of other events are also held at this venue. For example, throughout the year a series of different Question and Answer sessions take place. Film directors, movie executives and composers alike hold Q&A’s at the venue, signifying the cinema’s high reputation. Picturehouse Central is also renowned for its ‘Vintage Sundays’, whereby classic films once again return to the big screen. Tickets for these events are only £5 for members, and £8 for general admission. Occurrences such as ‘Screen Arts’ are also frequent, which brings productions of theatre, ballet, opera and live music from all over the world to the big screen. The likes of the Metropolitan Opera, the Royal Shakespeare Company and the National Theatre have all been broadcast at Picturehouse Central. 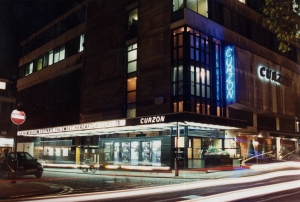 Curzon Cinemas are a chain of cinemas based primarily in London. They specialise in art house films, which are typically serious independent films aimed more so at a particular niche market. The chain was established in 1934, when Harold Wingate opened the first cinema in Mayfair in order to present unknown films during the inter-war period.

The Curzon Soho contains three screens; Screen 1 has 249 seats, Screen 2 has 112 seats and Screen 3 has 133 seats. As a result, the venue has a total capacity of approximately 500 seats. It is considered to be among the most popular attractions in London. Not only is there the cinema, but a fashionable bar and café are also attached onto this location. As well as films, the Curzon Soho houses a number of noteworthy events. Curzon Question and Answers are a regular occurrence, and a number of notable talents have attended such events. For example, directors Todd Haynes and Werner Herzog have both been present at these occurrences, as have actors Ryan Gosling, Tilda Swinton and Mickey Rourke. Another significant event held at Curzon Soho are its ‘DocDays’. At the Curzon ‘DocDays’, the best documentaries from across the globe are screened, followed by special insight into the particular topic matters with panel discussions.

History of the West End of London
Scroll to top