Andrew Lloyd Webber and ‘Downton Abbey’ writer Julian Fellowes might seem unlikely interpreters of the Jack Black vehicle School of Rock, but their musical adaptation delivered the goods. Having started life on Broadway, School of Rock landed in the West End in 2016, quickly establishing itself a fan favourite at the New London Theatre and winning an Olivier Award for musical achievement.

Guitarist Dewey Finn, a wild canon with a tendency to upstage his lead singer, gets ditched by his rock band No Vacancy ahead of a big Battle of the Bands competition. Left jobless, he has 30 days to come up with rent. So when he intercepts a job offer, intended for his landlord Ned Schneebly, as a substitute teacher at the prestigious Horace Green School for $900 a week, Dewey decides to take on the task – and a fake identity.

Posing as ‘Mr. Schneebly he turns up for work hung over and dishevelled, at all sorts of odds with the buttoned-up surroundings of the private school and its uptight headmistress Rosalie Mullins. His 13 new students, all sceptical of their new substitute teacher, give him the low-down on the school, but, not being one for rules and regs, Dewey chooses to do things his own way.

Overhearing the kids’ music lessons with Ms. Mullins, he forms them into a band of his own making. Out go the violins and clarinets. In come electric guitars, keyboards and drums – the sorts of instruments their posh, pushy parents might despise. Other students become backing singers and groupies, roadies and stylists. Snooty Summer Hathaway is appointed manager and only new girl Tomika is left out. The kids come up with a band name: School of Rock. Dewey tries to instil a spirit of iconoclastic independence: ‘Stick it to the Man,’ he sings.

Act Two sees the group progress through Battle of the Bands. They cover up their rehearsals with fake lessons and they operate under the nose of Ms. Mullins – even though, beneath her strict exterior, she’s a secret Stevie Nicks fan. Tomika finds her voice and becomes lead singer. Guitarist Zack writes a song, ‘School of Rock.’ Only, with the competition impending, the band is busted and Dewey’s disguise, revealed. Will they make it to Battle of the Bands after all? Might they even beat No Vacancy? 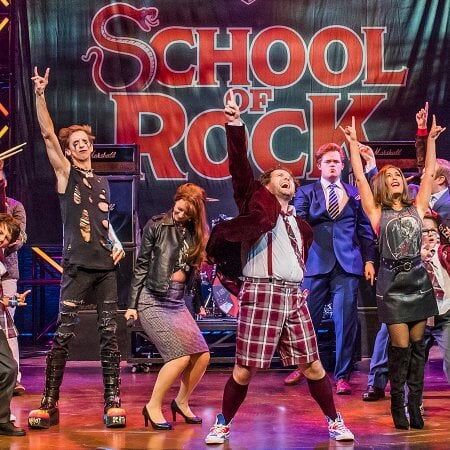 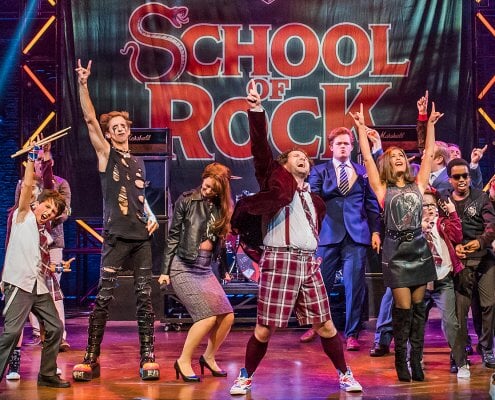 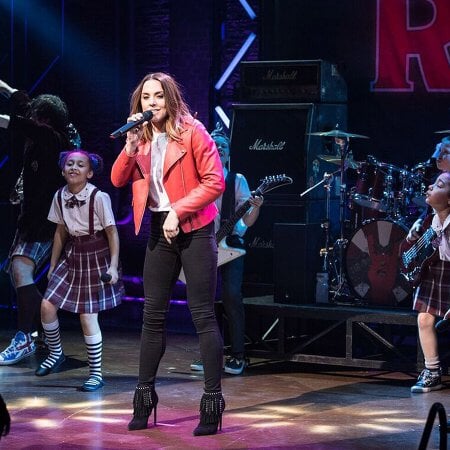 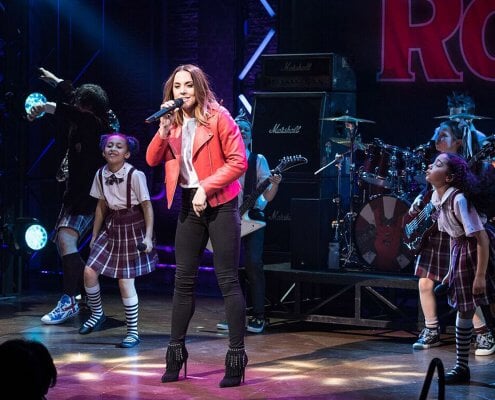 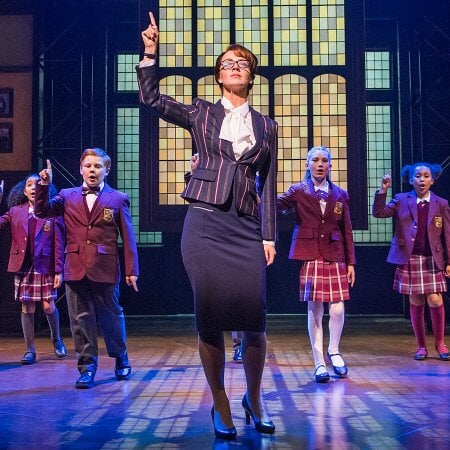 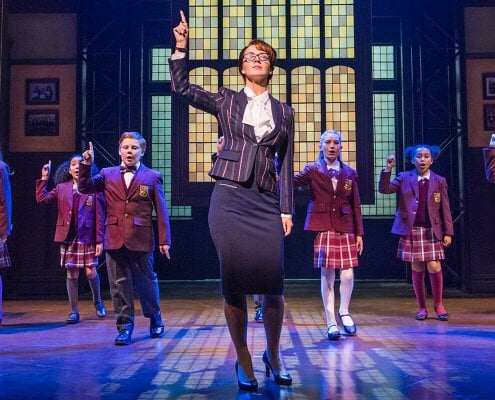 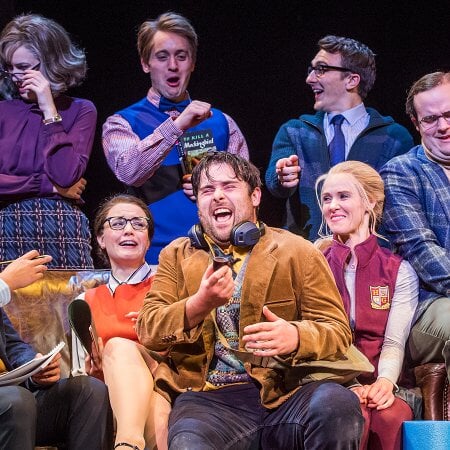 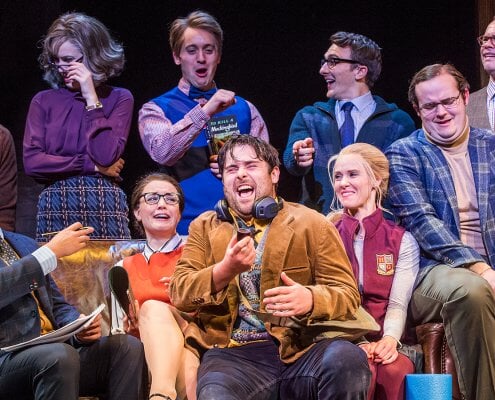 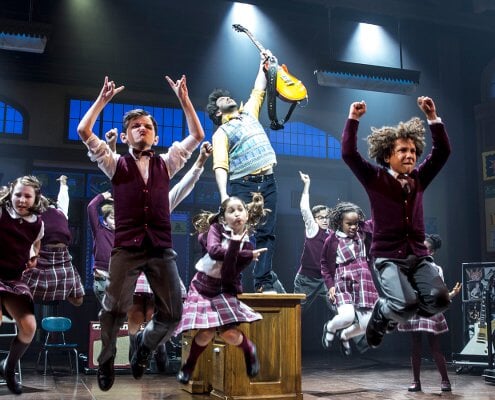 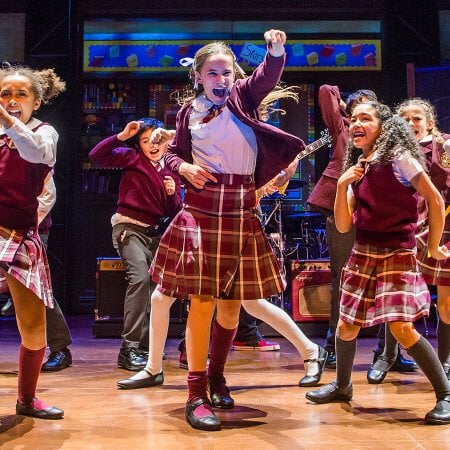 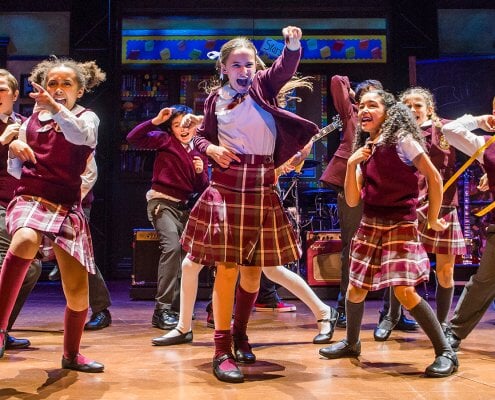 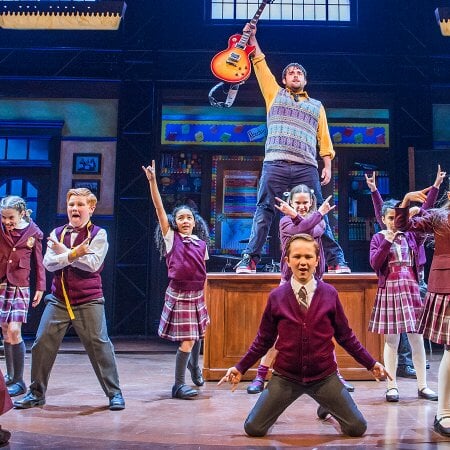 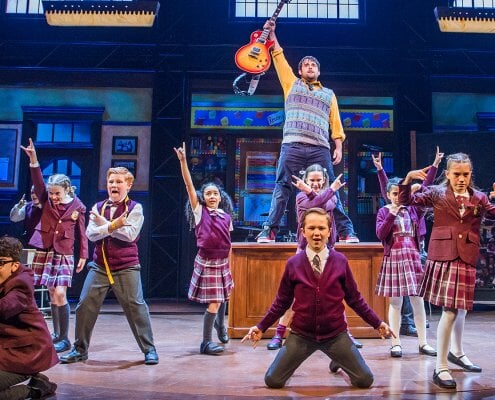 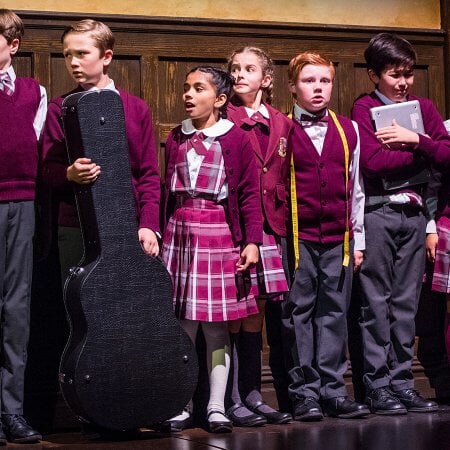 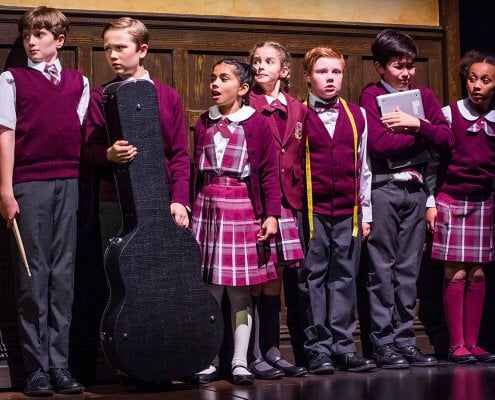 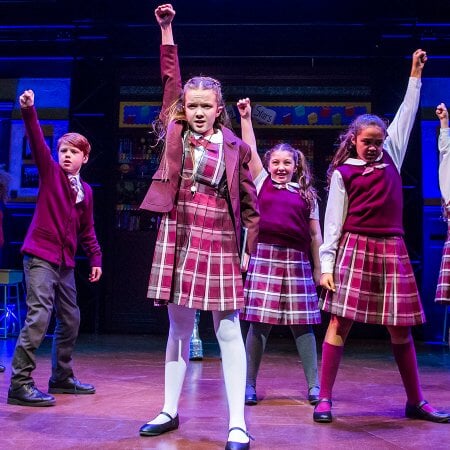 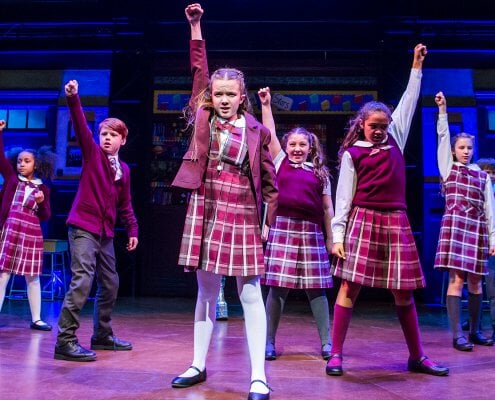 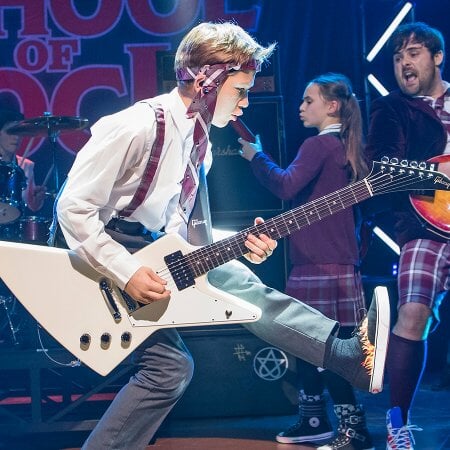 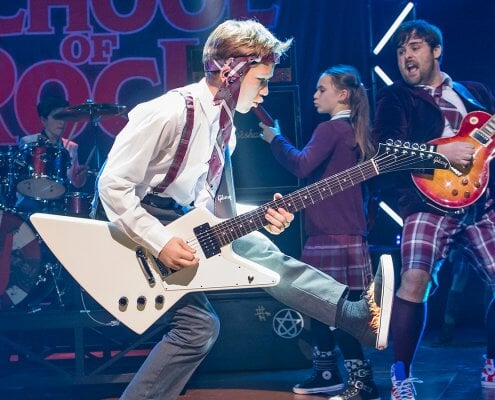 Closed
Maps were disabled by the visitor on this site. Click to open the map in a new window.
FAQ

School of Rock the musical is showing at the 1,024 seat Gillian Lynne Theatre which is located at 166 Drury Lane, London WC2B 5PW.

Choose your seats via our live booking platform, once payment is completed you will receive an email confirmation with your booking reference number.

You can print your own E-ticket or collect your tickets from the Gillian Lynne Theatre box office on the day of the show, a minimum of 30 minutes before the performance start time, print and bring along the ticket confirmation email. Tickets must be collected by the purchasing customer with a valid photo ID. Please have your booking reference number at hand when collecting your tickets.

Strobe lighting is used several times during the School of Rock musical.

School of Rock is recommended for ages 7 and above. Children under the age of 3 are not allowed in the New London Thatre.

We do not permit exchanges or refunding of tickets after purchase.