Big and bustling with a quirky New York vibe thanks to industrial pipework clinging to the ceiling and shiny vinyl banquettes, Heddon Street Kitchen is Gordon Ramsay’s most central restaurant and a more informal alternative to the big hitting Michelin starred restaurants the celebrity chef is best known for. Chef Guy Betteridge has worked at The Savoy Grill and Restaurant Gordon Ramsay as well as Bread Kitchen, so is thoroughly versed in the Ramsay vein of strict classical training and brings much elan to a highly approachable all-day menu.    HSK does breakfast, brunch, lunch, pre-theatre cocktails, besides dinner and has a good-sized terrace for its West End location.

Definitive prawn cocktail with the crisp, refreshing surprise of a crunch of apple and generous fish and triple-cooked chips please visitors to London.   Locals appreciate the definitive seafood: beautiful, crisp-edged scallops that remain soft and creamy within and deep-fried oysters bursting with salty juices .  Cornish cod with brown shrimps comes on ambrosial, creamy crushed potatoes.   It is food to comfort and satisfy rather than surprise and go viral on instagram.  Rare breed and native cuts aged in a Himalayan salt chamber for 35 days are the go to dishes for meat connoisseurs.    Desserts too whether an exemplary, properly exploding chocolate fondant or sticky toffee pudding are real crowd-pleasers.    There’s an ice-cream bar too where diners can indulge their inner child and create their own sundaes or indulge in a boozy ice-cream float.

At weekends, HSK comes into its own with bottomless prosecco brunches serving up crumpets with honeycomb and cinnamon marscapone besides sweetcorn and chilli fritters, plus build one’s own avocado toasts and egg dishes.   There are invariably special deals for children.   This is approachable Gordon Ramsay and a dream, rather than a nightmare, for family-friendly treats out. 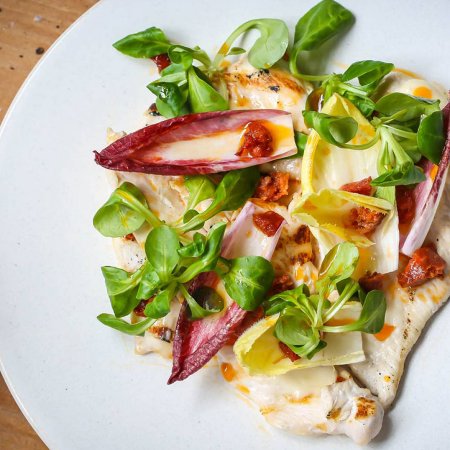 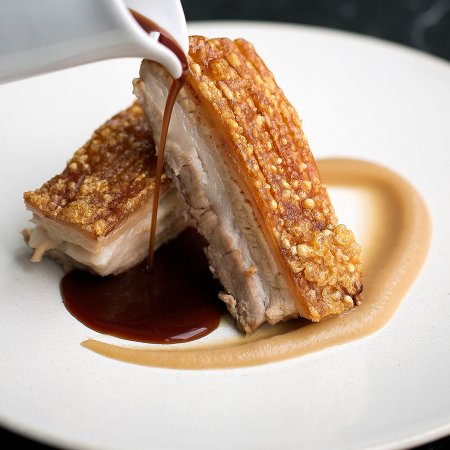 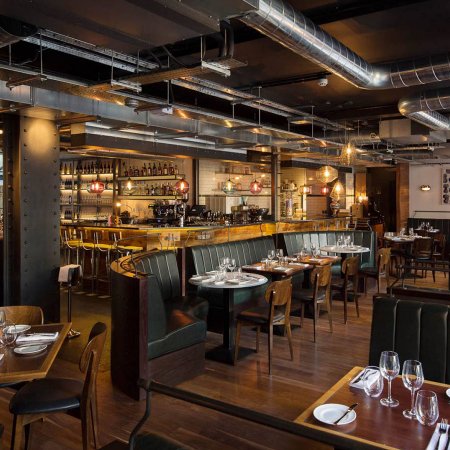 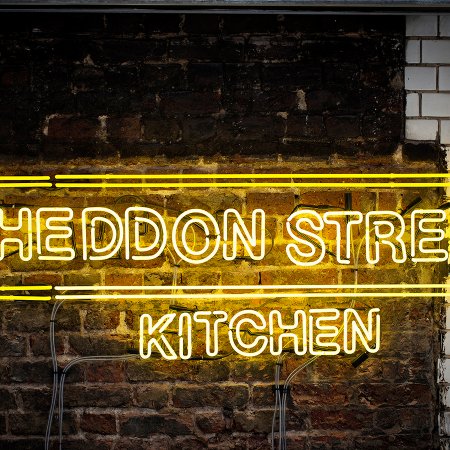 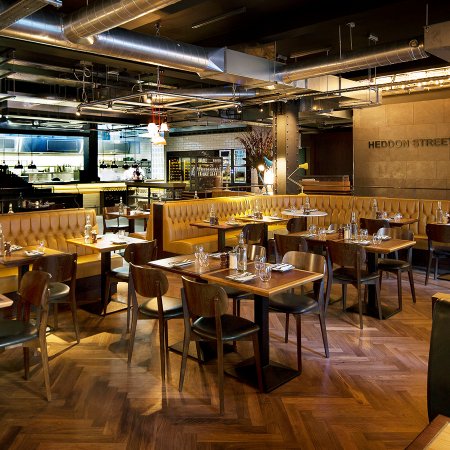 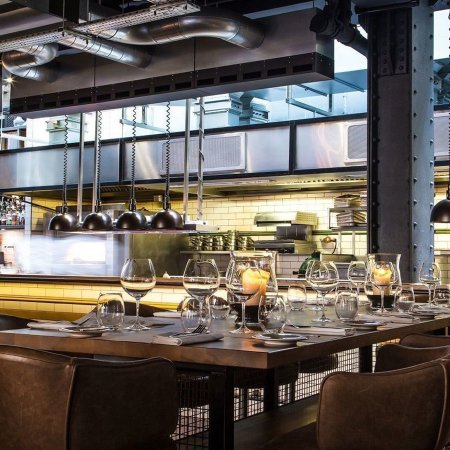 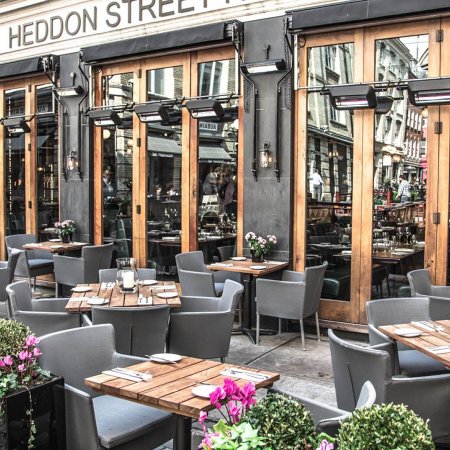 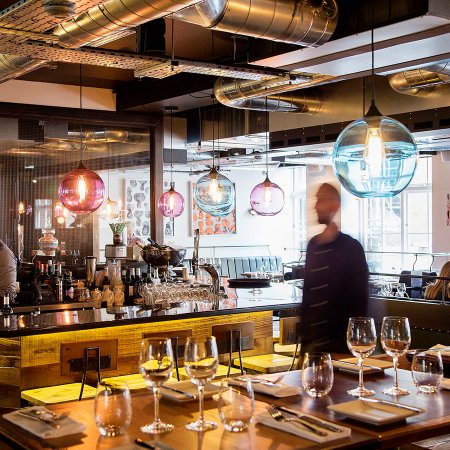 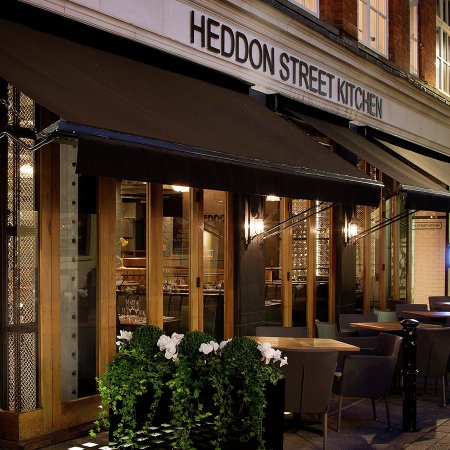