The Most Successful Plays of the Past Decade

London’s West End is, arguably, home to the best plays in all of the world. From rib-tickling comedies to spellbinding dramas, there is a wide and diverse range to choose from, meaning that there is always something for everyone. Many of the West End’s plays enjoy life after their time in London is over as well, either transferring to New York’s Broadway or being adapted for the big screen. Whilst dozens have opened within recent years, only a handful can rise to the top. So, without further ado, here are some of London’s most successful plays of the past decade:

The Curious Incident of the Dog in the Night-Time 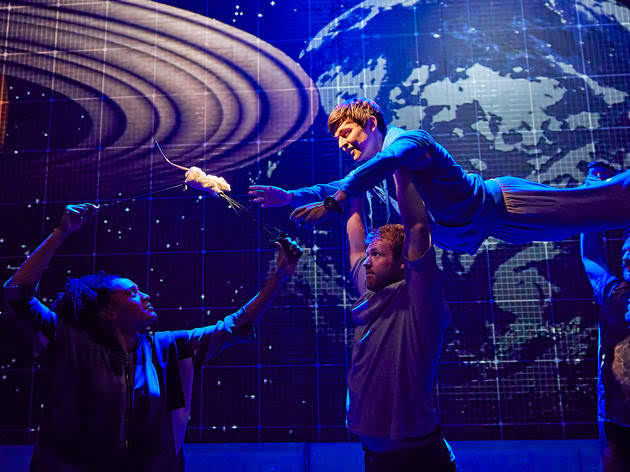 Based on the 2003 mystery novel by British writer Mark Haddon, The Curious Incident of the Dog in the Night-Time first premiered at the National Theatre in 2012, before transferring to the Apollo Theatre the following year. The play focuses on Christopher Boone, a young man who has an autism spectrum disorder, and follows his investigation into the mysterious death of a neighbour’s dog.

The show opened to financial success and critical acclaim, with many reviewers praising the show’s ability to successfully convey the point of view of a character on the autistic spectrum. At the 2013 Olivier Awards ceremony, the play went on to win a grand total of 7 Olivier Awards, including ‘Best New Play’. The Curious Incident would later transfer to New York’s Broadway, where it received equal levels of commendation and a number of different accolades. The first West End production closed on the 3rd June 2017, but was recently revived at the Piccadilly Theatre earlier this year. There are also rumours of a movie adaptation, due to certain casting notices that have been sent out throughout the past month.

Many who have seen The Curious Incident of the Dog in the Night-Time have instantly fallen in love with its story. Whilst Christopher is shown to face a number of daily challenges, his ability to overcome such things is truly inspiring. 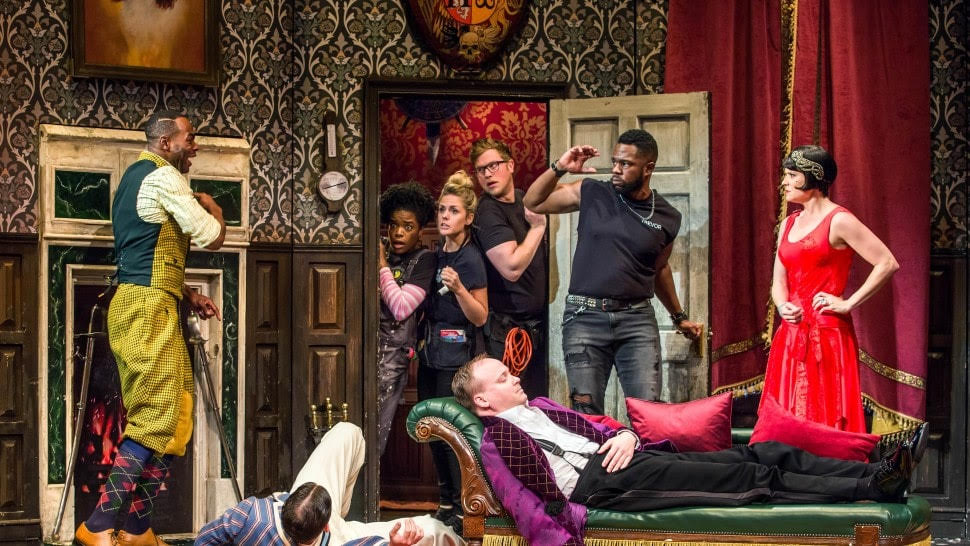 The Play That Goes Wrong is a triumphant comedy that first opened in London’s West End in 2013. The show is structured as a ‘play-within-a-play’, and presents a performance that does indeed go very wrong; doors won’t open, sets fall apart, props disappear and reappear in the wrong place .It centres around a group of accident-prone thespians, who against all odds, battle to make it through to their final curtain call with hilarious consequences!

This hit play premiered at a pub theatre in London, but after popular demand it eventually transferred to Trafalgar Studios. The show continued to play to sold-out audiences, and as a result it later relocated to the Duchess Theatre in 2014. After doing so, it was awarded ‘Best New Comedy’ at the Olivier Awards by the Society of London Theatre. Later in 2017, the show transferred to Broadway with the original London Cast, and only recently closed on the 6th January 2019.

This show has received such success largely as a result of its comedic nature. For example, Quentin Letts of the Mail Online argues that it is “hard not to gas yourself with laughter”. The Play That Goes Wrong has also received universal praise for its ingenious scenic design, and in recognition of this the play was awarded both Tony and Drama Desk Awards.

Harry Potter and the Cursed Child 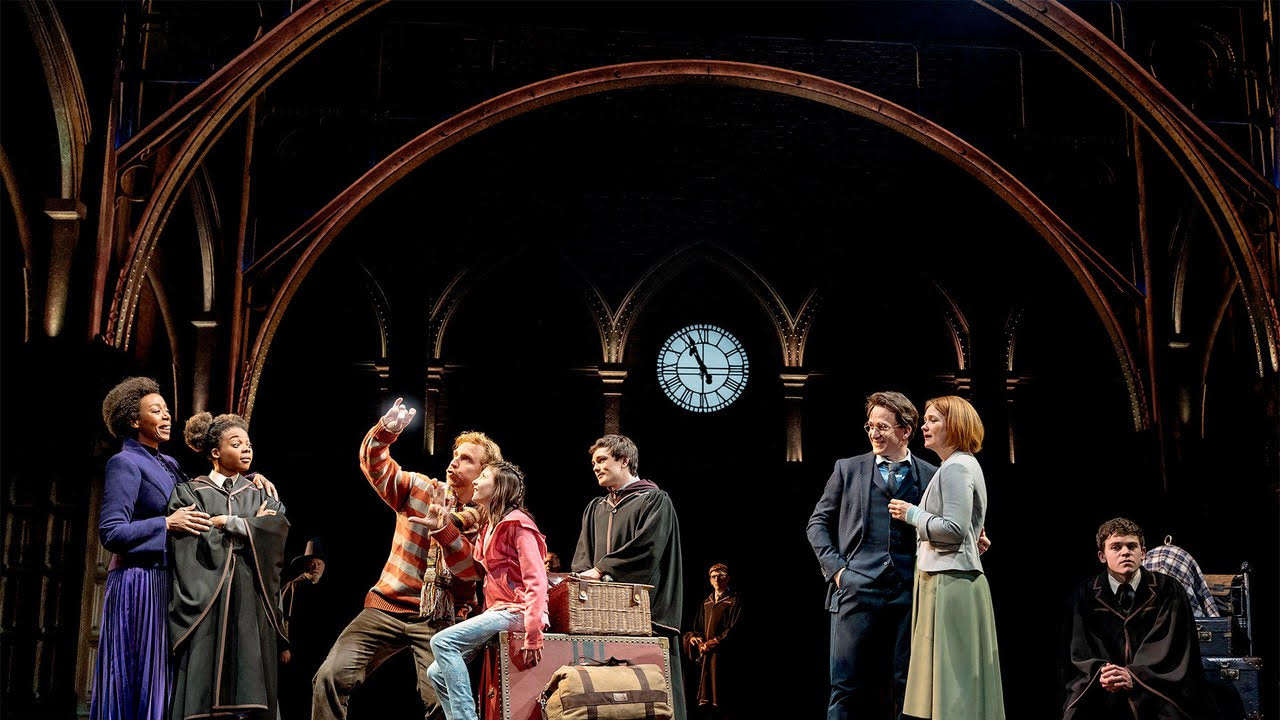 Harry Potter and the Cursed Child is a sequel to the much-loved fantasy novels written by British author J.K. Rowling. The story is set nineteen years after the ending of Harry Potter and the Deathly Hallows and follows Harry Potter, now a Ministry of Magic employee, and his younger son Albus Severus Potter. Whilst Harry grapples with a difficult past, his son Albus must struggle with the weight of a family legacy he never wanted to be a part of.

From the moment this production was announced, tickets began to sell like hotcakes. There was an immense hype in the run-up to its premiere, and luckily it did not disappoint. The Independent, the London Evening Standard, The Stage and WhatsOnStage.com all awarded the show five stars, demonstrating the show’s popularity. Harry Potter went on to receive a record-breaking 11 Olivier Award nominations, and then broke further records when it won 9 of these awards. Two years after opening in London, it also transferred to Broadway, where it went on to break a number of box office records.

The books and films of Harry Potter are such a worldwide phenomenon that it should come as no surprise that this play has been so popular. Spanning across two-parts, the story of the Cursed Child is so utterly compelling and makes for interesting viewing.

Upon opening in the West End in 2017, The Ferryman was an instant hit. The show is set during the Northern Ireland Troubles and tells the tale of former IRA activist Quinn Carney and his family, living in their farmhouse in rural County Armagh.

The play first opened at the Royal Court Theatre, and soon became the fastest-selling play within the theatre’s entire history. Several months later, it transferred to the much larger Gielgud Theatre, where it continued to reach high levels of success. Critics adored the play, causing The Ferryman to receive 15 five-star rave reviews. After a prosperous run in London, it was taken to Broadway, where it continued to retain high approval. The show picked up a vast number of awards on both sides of the pond, winning ‘Best New Play’ at the Olivier’s and the Tony’s.

At the helm of The Ferryman was Academy Award winning director Sam Mendes, who many have accredited to the show’s success. The staging of this production was highly ambitious, featuring a baby and a number of real-life animals. Such ambition clearly paid off, however, as it is these aspects of the show which make it seem so life-like. The writing, by English playwright Jez Butterworth, is equally superlative. Despite the play being over three hours, it keeps the audience captivated throughout, therefore demonstrating the absorbing nature of Butterworth’s excellent writing abilities.

Most Successful Musicals of the Past Decade