The Lion King was Disney’s first theatrical venture – an attempt to breathe fresh life into one of its best-loved films. The story of Simba, a young lion prince orphaned and usurped by his vicious uncle Scar captured the public imagination from its first cinematic release. His return from exile to avenge his father Mufasa’s death and claim both his birthright and the throne has its roots in an old, proven classic: Hamlet. It was, perhaps, ripe for the theatre.

Rather than recreate its cutesy, wide-eyed cartoon animals, however, the stage show aimed at something truly theatrical and even authentic. To Tim Rice and Elton John’s Oscar-winning pop score, the musical added new compositions by South African musician Lebo M: drumbeats and chants that bring a whole continent to life. A vast orange Savannah sun soaks across the stage, and director Julie Taymor – a highly regarded experimental theatremaker – drew on theatrical traditions and techniques from all over the world to bring The Lion King to life: African mask theatre, South East Asian puppetry and Japanese kabuki dance.

Taymor’s staging is legendary – and never more so than in its first 10 minutes. The entire animal kingdom seems to gather in the auditorium to witness the royal birth. As King Mufasa’s son and heir Simba is held aloft at Pride Rock, wooden gazelle leap in perfect arcs and a cheetah prowls the stage, birds swoop on long sticks over the audience’s heads, coloured tails trailing behind them, and an elephant, almost full-size, rumbles down the centre aisle, close enough to touch. This is the circle of life and, for a few minutes, it really does move us all.

The secret is that Taymor makes no attempt to disguise her actors as animals. They wear lion headdresses and tribal costumes. Waterfalls are forged out of huge blue sheets and the desert plains are played by actors in grass-box hats. The Lion King is stuffed with surprising set-pieces – the stampede of runaway bison is a particular highlight – but there’s plenty of heart and humour as well. Simba’s burgeoning relationship with Nala adds a tender element to a story of revenge, while Timon and Pumba, meercat and wart-hog, sprinkle a layer of light comic relief through the show.

Indeed, The Lion King offers something for everyone – part of the reason it’s the been seen by more than 75 million people worldwide. 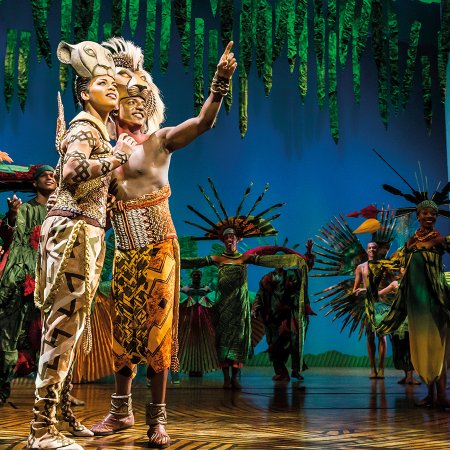 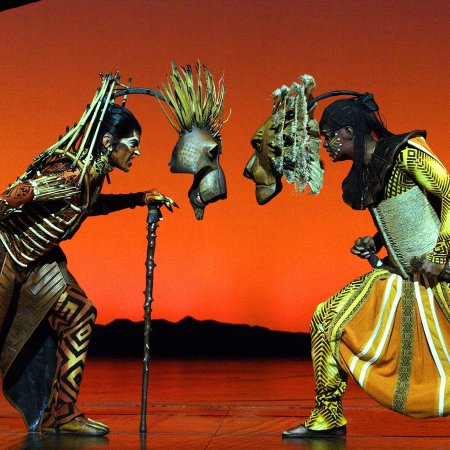 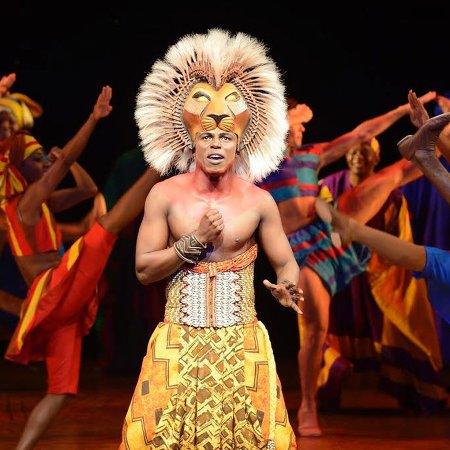 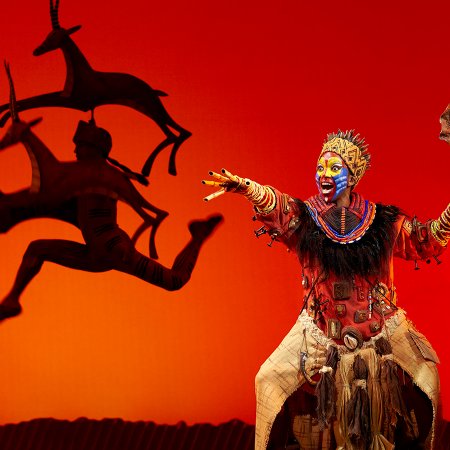 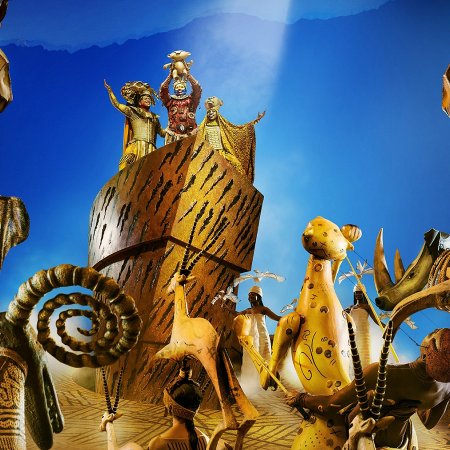 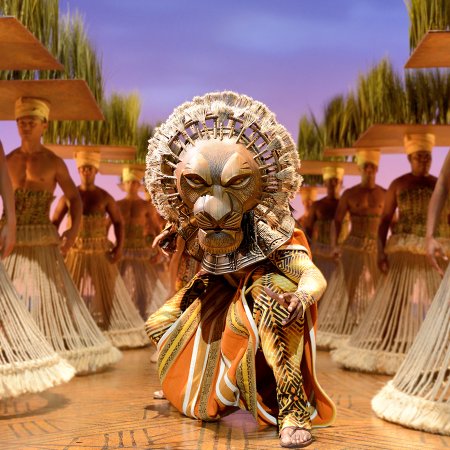 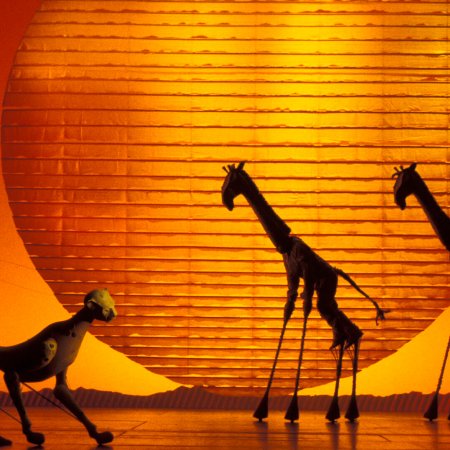 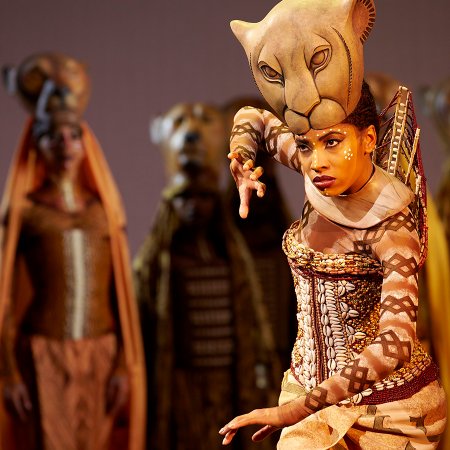 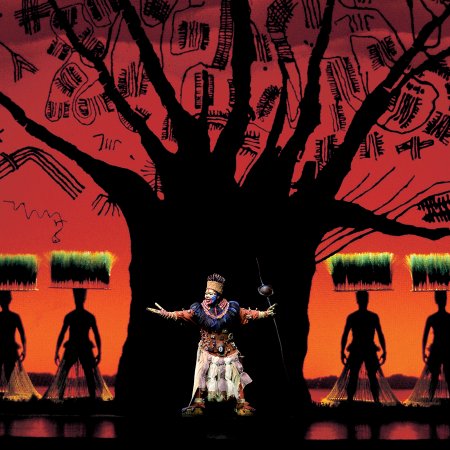 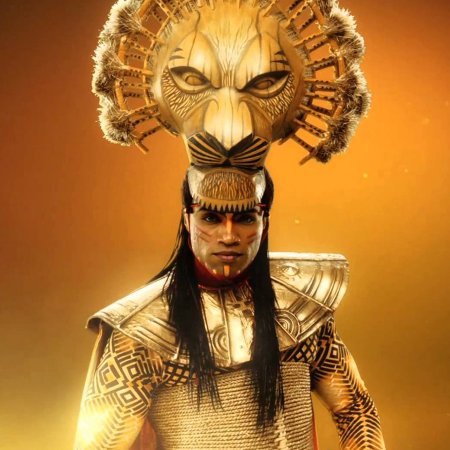 The Lion King is showing at the impressive 2100 seat Lyceum Theatre which is located at 21 Wellington Street, London WC2E 7RQ

The Lion King recommended for ages 6 and above. Children under the age of 3 will not be admitted.