The Regent Street Cinema is one of the West End’s most prestigious repertory cinemas, located on Regent Street, London. Not only is it notable for its popularity and financial success, but there is also a rather large amount of history to it, dating all the way back to 1848. 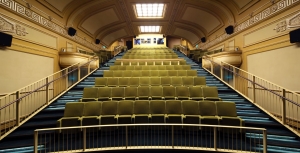 The cinema was first housed in the same building as the Royal Polytechnic Institution; a building which has since transformed into the University of Westminster. During the first few years that it was opened, Regent Street Cinema was a playhouse, thus joining the ranks as one of the West End’s most respectable theatres.

In February 1896, the cinema played a short movie directed by the infamous Lumière brothers. This was the first ever motion picture to be shown in the United Kingdom, therefore making Regent Street Cinema Britain’s first official cinema. As a consequence of this, it has since been branded as “the birthplace of British cinema”. Further history was made at this location in 1951, when French film ‘La Vie Commence Demain’ was shown to moviegoers. The movie featured graphic war imagery, meaning that it was classed as X-rated. For that reason, Regent street Cinema became the first ever cinema in the United Kingdom to show an X-rated film. 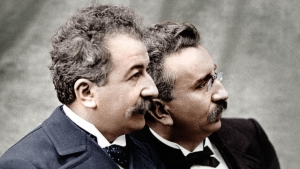 The cinema would remain open for another 84 years after first opening, but later closed down in 1980. Throughout its closure, the cinema was primarily used as a lecture hall. In 2012 however, the University of Westminster resurrected the cinema, beginning a project to restore the building to its former glory. The scheme took a grand total of three years to complete and cost over £6 million. Regent Street Cinema would later re-open once again in 2015, and the rest is history. Upon reopening, the Art Deco features of the building’s former design were restored, along with the 1936 organ and the dome-like ceiling. Shortly after it did reopen, a documentary featuring the managers of the English rock band The Who was screened in celebration of its reopening.

According to Shira MacLeod, who is the director of the Regent Street Cinema, this remains the only cinema in the United Kingdom that has the ability to screen films in 16mm, 35mm, Super 8 and 4K. This subsequently allows them to show films that “have been in archives for many years”. As a result, the cinema can cater for all moviegoers, regardless of if you are searching for an old gem or a new blockbuster.

As well as movies, the cinema is also home to numerous festivals and seasons throughout the year. At these events, people will have the opportunity to see UK premieres, retrospectives and rarely seen archive and international films. An example of this is the Irish Film Festival, which took place in November of this year. This event presented audiences with the latest and best of Irish Film and Animation, with a programme full of premiere screenings, cast and director Q&A’s, workshops and networking events.

Community engagement is also a central theme at this venue. The cinema workers in partnership with the West End community to develop and deliver enriching experiences. To do this, they use both their heritage venue and new learning space. Their aim is to create an “inclusive atmosphere” that can serve as a place for “learning, discussion and creativity”.

The cinema also has involvement in education. Since its opening, it has done a great deal of engagement work with schools in the West End community, as well as across London. The community outreach team are committed to providing opportunity for youths in order to promote the heritage of the cinema. They also wish to educate children on a number of important topics, such as identity, diversity and aspiration. They welcome students from all key stages and schools.

There are also several clubs that one may choose to be a part of. For example, there is the ‘Kids’ Kino Club’, which shows a kid’s film every Saturday morning. The movie is then later accompanied with a workshop, as well as other fun activities. Ticket prices for such events are astoundingly low, valued at just £1.75. In addition to this, the ‘Matinee Classics’ event is also worth looking into. These events see old classics relive their former glory on the big screen every Wednesday at 2pm. This is yet again another bargain, with over 55s scoring tickets that are just £1.75. 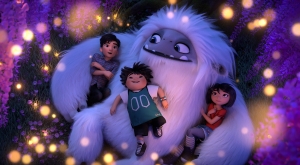 Regent Street Cinema only has one screen, which has a total capacity of 187 seats. As a result, some of the more popular screenings may only have limited availability. On weekdays, the cinema is only open throughout the hours of 5pm until 10pm. On weekends however, its opening hours change a little, staying open from 1pm until 10pm. The cinema’s location is, as previously mentioned, adjoined to the University of Westminster. The nearest tube station is Oxford Circus, which is just 1-minute north.

There truly is nothing like the Regent Street Cinema. With fascinating history and endless opportunities for all, it really is quite something. I would implore all of those visiting the West End to check this cinema out; it is not a venue to be missed. Not only is it one of the West End’s oldest cinemas, but it is also not unreasonable to suggest that it is one of the best as well. Regent Street Cinema is marvellous in every sense of the word.

What’s on at the Regent Street Cinema