Huntsman & Sons, now commonly referred to simply as Huntsman, has been a premium tailors since 1849 and has had its premises on Savile Row since 1919. They have become famous for their one-button suit jacket style and for being the choice of Hollywood stars.

As well as dressing some of the finest talents from the Golden Age of the Silver Screen including Lawrence Olivier, Gregory Peck, Katherine Hepburn, and Elizabeth Taylor, they have also worked with costume departments to provide outfits for Clark Gable in Mogambo, and, more recently, Colin Firth in Tinker Tailor Soldier Spy. They’ve also received the seal of approval from the fashion world with American designer Bill Blass and photographer Cecil Beaton confessing to being a fan of the brand.

Their signature jacket is said to offer the elegance of a dinner jacket with the shape and comfort of a riding coat. This more sporty style of suit has helped form some esteemed partnerships over the years, including dressing the England Football Team in their ready-to-wear line in 1967 and Prince Harry’s Sentebale Polo Team for the Abu Dhabi Royal Salute Cup in 2014.

The Savile Row store encompasses a showroom of their ready-to-wear clothing and accessories, the made-to-measure and bespoke services and the workshops that bring their customers’ ideas to life. The main cutting room is at the centre of the store, a unique feature which allows you to watch their master tailors hard at work. Another unmissable detail is the two stag heads that hang on the wall. They were left there by a customer who popped out to get some lunch, got caught up in a party and never returned for them in 1921 and they’ve been there ever since. A rather apt decoration for a store named ‘Huntsman’. 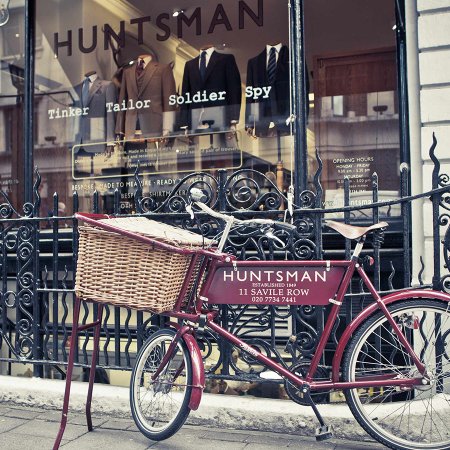 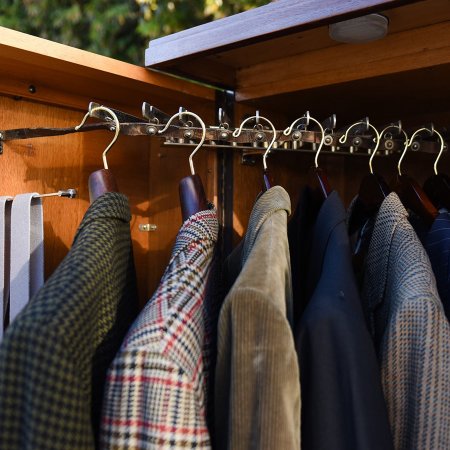 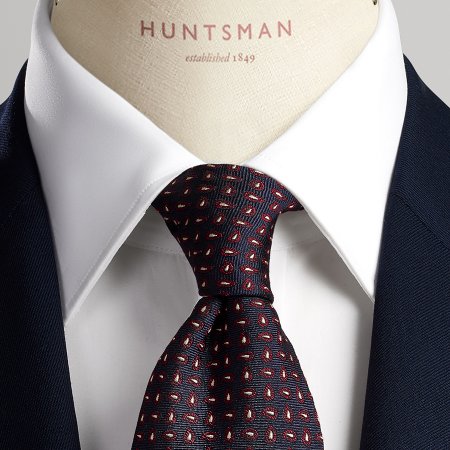 Huntsman recently became the first Savile Row tailors to have a permanent outpost in New York and also host regular trunk shows across America, Asia, and the Middle East.

Every Savile Row tailor is unique and it’s important to find the right fit for you. Continue through our selection to discover the histories, house style, processes, and service style that make up these eclectic institutions as well as their opening times and addresses. You won’t find a bespoke suit experience like this anywhere else.