Celebrities of the West End Stage Throughout the Autumn 2019

In recent years, West End theatre shows have become renowned for often featuring movie stars and theatrical legends. Several months ago, I wrote an article speaking of prominent celebrities that were appearing on the stage throughout the Summer of 2019, which included the likes of Tom Hiddleston and Kelsey Grammer. Summer has since been and gone, but not to worry! Throughout the Autumn, London’s West End will continue to feature superstars from all areas of the entertainment industry, so, without further ado, here they are:

Bonnie Langford and Brian Conley in 9 to 5 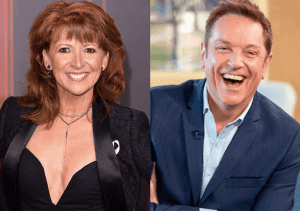 Throughout the entirety of the Autumn, Bonnie Langford and Brian Conley will be starring in the musical comedy 9 to 5, which features music and lyrics by Dolly Parton. Based off of the 1980 film of the same name, the show tells the story of three female workers who are forced to work under the difficult circumstances created by their misogynistic boss (portrayed by Conley), as well as his assistant and secret admirer Roz (portrayed by Langford). Langford is an actress/dancer, who will be known to many for her roles in classic television series such as ‘Doctor Who’ and ‘EastEnders’. Meanwhile, Brian Conley reached his fame through his own comedy chat show which ran from 1992 to 1995, as well as competing in ‘Strictly Come Dancing’ in 2017. 9 to 5 has been very popular among London theatregoers, and recently extended its booking period through to May 2020. 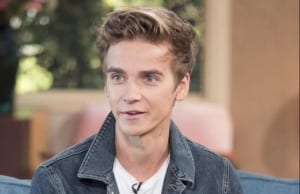 From the 9th September onwards, Joe Sugg will be portraying Ogie in Waitress. This musical tells the story of Jenna, an expert pie maker stuck in a small town and a loveless marriage. Faced with an unexpected pregnancy, Jenna hopes to achieve a fresh start through entering a baking contest in a nearby county. Sugg is primarily famous for his YouTube career, where he has garnered an astonishing 8 million subscribers. Waitress marks his theatrical debut, meaning that this will be an entirely new experience for the up and coming actor. The announcement of his involvement within the show has received a lot of media attention, and it will be interesting to see how he fares in this new environment. 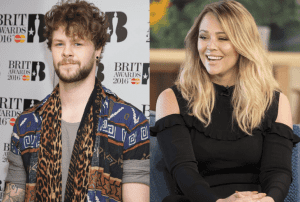 For a limited two-month engagement at the Dominion Theatre, Jay McGuiness and Kimberly Walsh will be starring alongside each other in Big the Musical. Based on the 1988 film, Big tells the tale of young Josh Baskin, who grows up overnight and bypasses his childhood after being granted a wish by a spooky carnival machine. Jay McGuiness is a singer and song-writer, widely recognised for being a part of successful boyband ‘The Wanted’. Kimberly Walsh is also known for her career as a singer, having been a member of the girl-group ‘Girls Aloud’ from 2002-2013. Big toured the UK throughout 2016 and 2017, and its popularity has resulted in a transfer to the West End. The movie, starring Tom Hanks, was exceedingly successful at the time of release, and only time will tell if the musical will live up to the original.

Stephen Fry in Mythos – A Trilogy 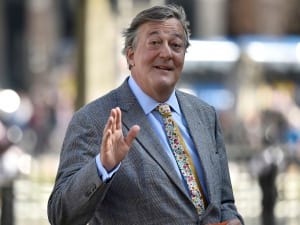 Appearing across three different dates in September, Stephen Fry will be taking to the London Palladium in order to perform his one-man show. In this trilogy of plays, Fry re-tells the stories of a number of different myths, with the three instalments named ‘Gods’, ‘Heroes’ and ‘Men’. Fry is mostly famous for his work on television throughout the past few decades, including ‘QI’, ‘Blackadder’ and ‘A Bit of Fry and Laurie’. The Mythos Trilogy has been touring the UK throughout 2019 to a number of sold-out venues, and as part of this tour he will be performing at the Palladium on the 13th, 14th and 17th of September.

Ian McKellen on Stage with Tolkien, Shakespeare, Others and YOU 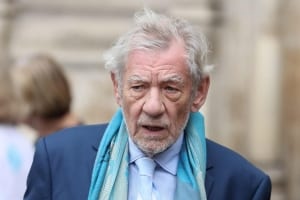 Throughout all of the Autumn, Sir Ian McKellen will be starring in this one-man show at the Harold Pinter Theatre. The show serves as a celebration of Sir McKellen’s work and includes extracts from a number of his most well-known portrayals. McKellen is a much-beloved actor all across the globe and is instantly identifiable through his involvement in hit franchises such as ‘The Lord of the Rings’ ‘X-Men’ and ‘The Hobbit’. This show has toured the entirety of the UK throughout all of 2019 and will be finishing its run with this four-month stint in the West End. 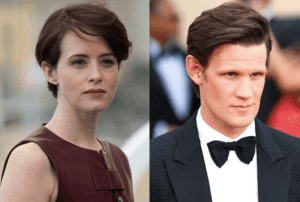 Claire Foy and Matt Smith are co-starring in the revival Duncan Macmillan’s Lungs for a very limited run from 14th October to 9th November. This thought-provoking play follows a couple queuing at their local Ikea, discussing and debating the idea of bringing a child into a world that seems to be in a very sorry state. Claire Foy recently garnered international recognition after landing the lead role in the Netflix Original Series ‘The Crown’, for which she has won several awards. Matt Smith, on the other hand, is widely known for his portrayal of the eleventh Doctor in ‘Doctor Who’. Smith also portrayed Prince Phillip in ‘The Crown’, opposite Foy’s Queen Elizabeth. The two actors have received widespread acclaim for their on-screen chemistry during the TV series, and it will therefore be very interesting to see how this will translate onto the stage. 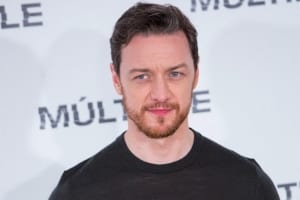 From late Autumn and through the Winter season, James McAvoy will be taking on the leading role in Edmond Rostand’s classic play Cyrano de Bergerac. The play tells the story of a dashing officer of the guard and romantic poet who falls helplessly in love with his cousin, Roxane. Whilst deeply desiring to make his love known, the fear of rejection prevents him from doing do. McAvoy is renowned for his hugely successful career on the big screen, having appeared in a number of popular films such as ‘Split’, ‘Glass’ and ‘Wanted’. McAvoy last appeared in London’s West End in 2015 in ‘The Ruling Class’, and his return to the stage is highly anticipated.